How should pluralism come about? The document of ’91 of Ramiz Alia is revealed

The head of the Institute for Political Studies, Afrim Krasniqi, has revealed a document from 1991, when the Labor Party in the last throes of its power expressed political “pluralism” but demanded it without damaging the “people-party unity”.

“We love pluralism, but we do not want it that way, to damage our unity, to demand the postponement of the elections or to criticize the commander! This was the dominant spirit of the debate in the Politburo in the second week of January 1991, a month after pluralism, when the ALP issued a decree to protect the busts / names / statues of Hoxha and demanded a political pact from the opposition to stop the strikes, referendum for the postponement of the elections and some other issues, which will soon be public through the documentary reference of studies on these developments “, writes Krasniqi.

The analyst explains that the attached document is the first page of the draft agreement proposed by the ALP, the writing and notes are original from the personal archive of Ramiz Alia. 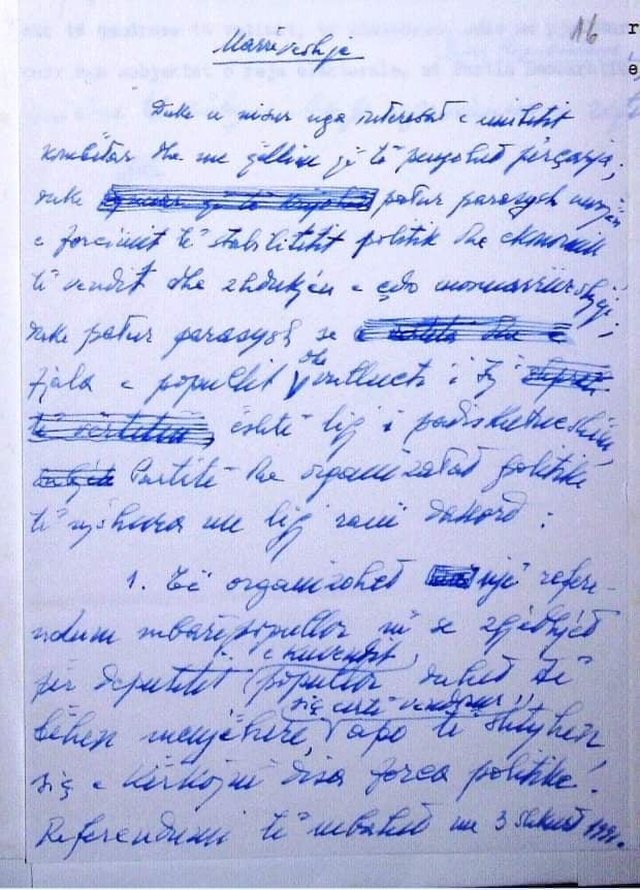 “Half the pact was reached, half not. The first page belongs to the proposals that did not succeed! The second is more interesting! Some other interesting details, – no reference to the Constitution or law, no reference to an international obligation (Albania was an observer in the CSCE), have populist and minimalist democratic concepts and charged phrases that tend to present the interest of the regime’s survival as a vital interest national, for “unity”, “stability”, “eradication of any dispute”, etc, etc “, says Krasniqi further.