Who was the writer who “broke down” the gospel?

The Portuguese writer and Nobel laureate remains one of the most prominent writers of the twentieth century.

Jose Saramago never stopped, throughout his work, reconsidering in his own way, the history of Portugal. Born in 1922, this late writer (he was in his fifties, when he experienced his first great successes), belongs to the literature born of the “Carnation Revolution”, which ended, in 1974, of the Salazar regime. “Resurrected from the Earth”, which he published in 1980, takes inspiration from the mystique of the “beautiful April dream”. In the novel, the writer narrates the misery of landless peasants, employed as day laborers on large estates. We should not forget the origin of Saramago, the son of poor peasants, he is self-taught, whose only degree is that of locksmith, a profession he practiced for three years before becoming a journalist. For years he secretly campaigned for the Communist Party. Occasionally published several books, novels, a collection of poems. Nothing very important. The 1980s had to wait for him to become famous with “Lord Penguin” and, above all, “The Year of Ricardo Reis’ Death”. In this novel, Saramago revives the mythical figure of Fernando Pesoa. Critics appreciate the writer’s knowledge, art of storytelling, and fantasy. But it will be the scandal that affects the general public. In 1991, The Gospel According to Jesus Christ, the author’s iconographer, was criticized by L’Osservatore Romano, the Vatican’s official press body, for judging his “essentially anti-religious vision.” The writer reads the Gospels in his own way and claims that Jesus was Mary Magdalene’s lover. He also portrays Jesus as the toy of a God who, irritated because he rules only over the Jewish people, wants to spread all over the world. The controversy became a state issue. According to a Portuguese minister, the writer attacked “national religious heritage”. Following this scandal, Saramago fled the country and settled on the island of Lanzarote, in the Spanish Canary archipelago./Konica.al

If he shocked the Catholics of Portugal and Spain, the Voltaire humiliation of the Portuguese was to the taste of the Nobel jury. Jose Saramago received the prestigious award in 1998, the Swedish Academy, he explained in his writings, that the writer’s work “made tangible a distant reality thanks to imaginary parables, compassion and irony.” When she learned that she had won the Nobel Prize, the writer laughed: “She is the same as Miss Portugal, we will forget about her next year.”

For years, this passionate reader of Montaigne, Cervantes and Kafka, regularly fed a blog, in which he never chewed the words. Defender of the Palestinian cause, he repeatedly denounced Israel’s policy in the occupied territories. Even Saramago did not hesitate to challenge the former head of the Italian government, Silvio Berlusconi, calling him “a criminal”. The Saramago blogger expressed through the internet the mission he thought was that of the writer: to make a speech about the state of the world.

As an atheist he had problems with the Portuguese government, which refused to present the “Gospel of Jesus Christ” at the European Literary Prize. Disrespectful to the authorities and deeply full of humanism, Saramago created a unique prose, created with a kind of constant internal dialogue, in which the most rigid punctuation barriers have no place.

It was thanks to a comma, that Jose Saramago became a great writer. In the early 1980s, when he was in his fifties, while writing a novel about the villagers of Alentejo (Portugal), the region of origin, he managed to find his style.

“I was writing a novel like the others. Suddenly, on page 24 or 25, without thinking, without thinking, without making a decision, I started writing with what has become my way of personal narration, this fusion of direct and indirect style, punctuation was reduced to period and comma. I believe this style would not have been born if the book had not started from something I had heard before. We had to find a tone, a way to transcribe the rhythm, the music of the word we say, not what we write. “Then I took back the first twenty pages to rewrite them.”

The key to the style of this former locksmith is the dialogues, which are intertwined in a compact prose. They are introduced by a comma, followed by a capital letter indicating the change of speakers.

He has written various works, including “Let Us Scream”, “The Other Like Me”, “Cain”, etc. 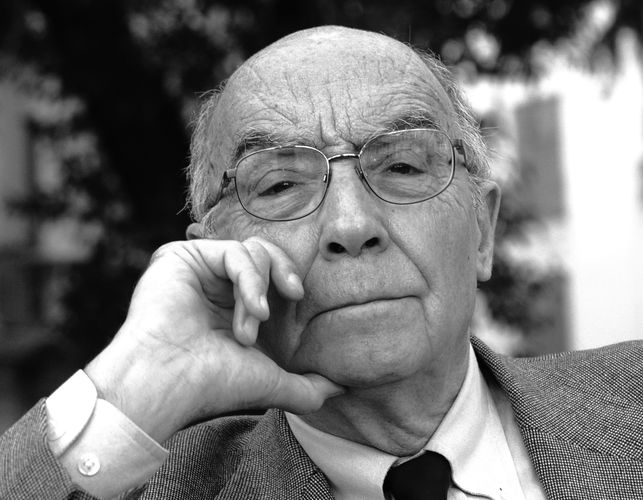 The discourse, in the works of Saramago constantly flows in a harmonious mass of words that take, page by page, the concrete structure of an arrogant and perhaps, hardly acceptable building. The Portuguese writer passed away at the age of 87./Konica.al