US resolves currency dispute with Vietnam

The United States has reached an agreement with Vietnam to resolve a dispute over the currency of the Southeast Asian nation that had strained economic relations between the two countries during Donald Trump’s presidency.

US Treasury Secretary Janet Yellen announced the deal at the end of a meeting with Nguyen Thi Hong, governor of the State Bank of Vietnam, on Monday, in a move that could have avoided threatening punitive tariffs for the Asian nation over its currency.

“I believe that the attention of the State Bank of Vietnam to these issues over time will not only address the concerns of the Treasury, but will also support the further development of Vietnam’s financial markets and increase its macroeconomic stability and financial ”, said Yellen in a statement.

The Biden administration had already withdrawn the designation of the currency manipulator set in Vietnam by Trump last December, but the agreement reached Monday will codify strained relations.

Under the agreement, Vietnam’s central bank will underline that its monetary policy is intended “Promote macroeconomic stability and control inflation”.

Vietnam also said it would abide by IMF rules “To avoid manipulating its exchange rate in order to prevent the effective adjustment of the balance of payments or to gain an unfair competitive advantage and to refrain from any competitive devaluation of the Vietnamese dong”. He also promised more transparency and flexibility in managing its currency.

“The State Bank of Vietnam will continue to manage exchange rate policy within its overall monetary policy framework to maintain the proper functioning of monetary and foreign exchange markets, to promote macroeconomic stability and to control inflation, not to create an unfair competitive advantage in international trade ” tha Hong.

US currency probes have been irritating in relations between the two countries, which have been more closely aligned on geopolitical issues in recent years due to their shared distrust of China.

America’s trade deficit with Vietnam is every country’s third largest so far this year, after China and Mexico.

The Vietnam government has pledged to buy more natural gas, coal, food and other items from the US amid rising trade tensions with Washington in 2019.

These culminated during the last half of the Trump administration, when some US officials saw Vietnamese exporters unjustly taking advantage of the trade war with Beijing, including re-labeling Chinese goods as “Made in Vietnam.”

In 2019 Trump called Vietnam “The worst abuser of all” in remarks on trade that undecided officials in Hanoi.

Translated and adapted for Konica.al by Financial Times 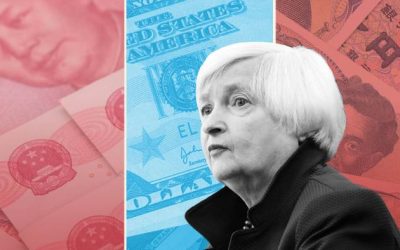