US, 2020 political polls most inaccurate in decades

Almost nine months after last year’s US presidential election, another loser has emerged – political polls. A recent analysis shows that the polls conducted during 2020 on the eve of the November 3 elections, were among the most inaccurate polls conducted in decades. 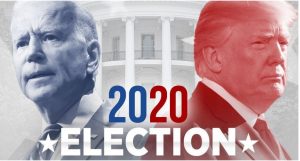 The Organization for the Survey of Professionals, the American Association for the Study of Public Opinion, announced that it had reviewed 2,858 surveys, including hundreds conducted nationally or in the United States. The organization found that polls consistently diminished support for then-President Donald Trump, even though he lost to Democrat Joe Biden, who is now the country’s 46th president.

The organization found that polls widened the gap between candidates Biden and Trump, with 3.9 percent of the popular vote and 4.3 percent in US state polls.

The organization said the turnout was “unusually large,” the highest in 40 years of national polls and at least 20 years in the United States.

But the election result was accurately reflected by the polls at the end of the long election campaign; The 66th polls conducted in the two weeks before the vote show that Mr. Biden would win over Mr. Trump. Polls for senatorial candidates were less accurate; pre-election polls correctly concluded who the winners would be in only 2/3 of the cases.

The organization says that “regardless of whether the candidates ran for president, senators, or governors, polls consistently showed that Democratic candidates would do better and that Republican candidates would perform worse than the final certified vote.”

Pollsters say they do not know the reasons why their pre-election findings erred with such differences, even though Mr Biden won and this was predicted in months of polls.

In 2016, pollsters underestimated support for Mr. Trump in key states where he won the race for the White House. After the election then, pollsters concluded that they had not taken into account a difference in the educational level of American voters, that college-educated voters tended to support Democrats more than Republicans.

The authors of the 2020 poll analysis say they are not entirely sure what caused last year’s mistakes, but suggest one factor may be the declining level of willingness to respond to polls, particularly by Republicans.

Former President Trump has repeatedly attacked polls showing him as a loser, dismissing them as “false” or trying to dampen his enthusiasm for his re-election. 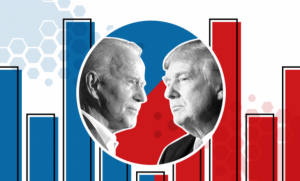 Pollsters say it is impossible to know the reasons why people do not vote if they did not respond to pre-election polls either.

“Accurate identification of the reasons why the polls exaggerated the difference between Democrats and Republicans, despite the current voting results, seems impossible with the available data,” the report said.