Prishtina continues to write history, touches the third round

After passing for the first time in the Champions League, Prishtina continues to write history. The Kosovo champions are just one step away from advancing to the third round of the Conference League, following a 4-1 home victory over the Welsh Connahs Nomads.

Bekteshi gave Prishtina the lead in the 41st minute and the first half ends 1-0. With the beginning of the eye part, the locals mark the second one as well. It is Otto John who realizes. However, the friends rush in 75 ‘with Moore.

Less than 3 minutes later, the Kosovar capital scored the third goal. It is Krasniqi who restores the advantage of two goals. Prishtina does not stop and scores the fourth in the end with Otto John. 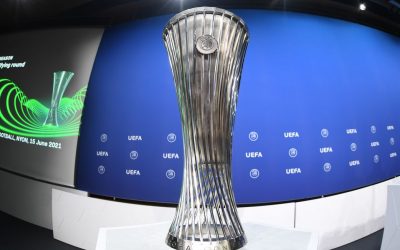