Billionaire Jeff Bezos embarked on a journey into space

American businessman Jeff Bezos made a space trip with a capsule, starting from a remote area in the Texas desert, becoming the second billionaire this month to finance a space trip himself. 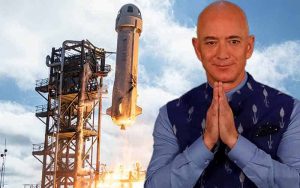 The 57-year-old founder of e-commerce giant Amazon and three of his friends were aboard the New Shepard rocket built by his company Blue Origin, which he founded in 2000 with the goal of creating permanent space colonies where humans will live and work.

New Shepard, named after Alan Shepard, America’s first astronaut, traveled at three times the speed of sound before the capsule detached from the rocket and navigated the Earth for several minutes, allowing Bezos and his three companions to crew to experience weight loss. The fully automated capsule then re-entered the atmosphere and made a parachute landing near the launch site, while the rocket made an automated vertical landing a few miles away. 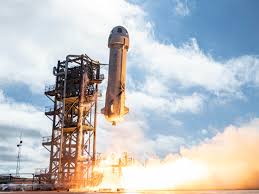 Bezos, an ardent space enthusiast since attending the Apollo mission in his youth, is heading into space on the 52nd anniversary of the historic Apollo 11 landing on the Moon.

In a television interview Monday, Bezos insisted his goal was not to compete with Branson, but “to build a path in space so that future generations can do incredible things.” 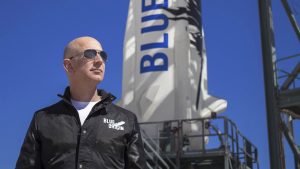