The French took to the streets en masse and protested against the announced restrictive measures. The protest is also directed against compulsory vaccination for health workers.

More than 100,000 people across France have been protesting over the weekend against warnings from President Emmanuel Macron about new restrictions in the country and the compulsory vaccination of health workers. The Interior Ministry announced that about 18,000 demonstrators had protested in Paris alone. The protests have been quiet and peaceful.

Earlier this week, French President Macron announced that the country would apply stricter hygiene measures to protect itself from the rising number of Corona virus infections. In the near future, a vaccination or cure certificate, or a negative test will be required much more often. From next Wednesday (21.07), this evidence will be required for visits to cinemas and theaters, while from August this will apply to train journeys over longer distances, for visits to restaurants, bars and other facilities.

The protest is also directed against compulsory vaccination for health workers. Macron announced Monday that health workers and those caring for the elderly will be required to be vaccinated. Otherwise they are threatened with dismissal. Such controls will apply from 15 September.

France is currently battling the fourth wave of the Corona virus. A special danger poses the Delta variant of the virus, which already accounts for almost all cases of infections in France. The average incidence of infections has recently been around 50 per 100,000 inhabitants within a week. But in some areas such as the Pyrénées-Orientales, on the border with Spain, the incidence has been much higher – 211 infected per 100,000 inhabitants within seven days.

There were also protests in France on July 14, the day of the French national holiday, when about 20,000 people across the country protested against the demands for the imposition of new measures. Health Minister Olivier Véran has defended the measures. They are not meant as “blackmail” to force people to get vaccinated. Rather, the main goal of the government is to prevent a new stalemate. The government in Paris fears that without new measures, hospitals could again face increasing pressure to cope with hospitalizations from infections.

Republicans and center-right parties in the Senate, where the Conservatives have a majority, say the extension of the obligation to provide evidence – for testing, vaccination or cure for the Corona virus – should also be considered by the Constitutional Court. Next week the Senate will deal with this issue./DW 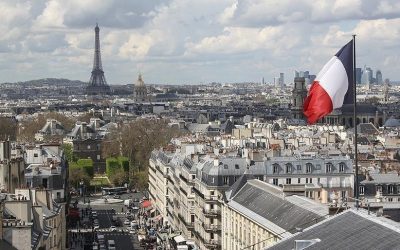