The premises in the Lungomare area are closed

As they had announced, a part of Lungomare businesses in Vlora have been closed this morning.

They are protesting against the restrictive measures and demanding the permission of music beyond 22:00, as well as businesses are demanding that the curfew be extended.

The closing of the premises today comes a day after businesses symbolically protested, putting the national anthem instead of music.

This form of protest yesterday was accompanied by an incident, as three people, including a woman, were escorted to the police.

The action of the police started after 22:00, after some owners of bars in Vlora in protest had placed the national anthem in the background, which is considered a violation of the normative act for allowing music. 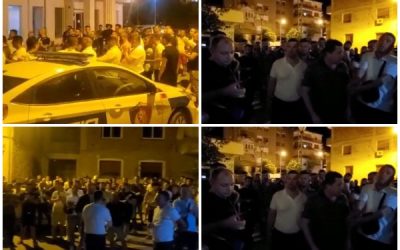