Lovers destinations in the US for honeymoon days

No more Paris, Rome, or Latin America. During the pandemic, the journey for Americans to the most popular honeymoon destinations became difficult.

Tay and Liza Britova were married in January 2021, during the second wave of the coronavirus in the United States. Instead of a big party they had only ten guests, with physical distancing and no plans for their honeymoon. They had dreamed of going to Europe or Latin America, but decided to wait because of the pandemic. 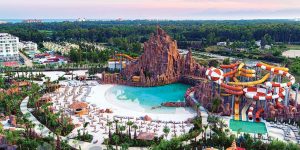 “It’s a headache already. Boundaries open and close again, tests are needed, results expire quickly… Everything is very complicated. So, we decided not to think about honeymoon at the moment. “For now, we hope to have a big party in October 2022, and then maybe a honeymoon to be in 2023.”, says Liza Britova, newlywed.

In January, Evgeny and Lena Semenovy celebrated their 25th wedding anniversary. They had planned to celebrate at a restaurant in Maryland with family and friends, but large gatherings were banned due to the pandemic. So they found cheap plane tickets and headed to Puerto Rico.

“The beaches of Vieke were all ours; Viekes is a small island off the east coast of Puerto Rico. They were limiting the number of tourists and the beaches ended up empty! ”, shows the couple Lena and Evgeny Semenovy.

Travel agents say many people are still willing to travel, but are worried about rising costs as restrictions are being lifted and the tourism industry is trying to regain profits lost during the pandemic. Agents say many people are deciding to stay closer to home. Previously, popular honeymoon destinations included the Maldives, Europe and Southeast Asia. Now many Americans are heading to Mexico, Hawaii, Costa Rica and other Caribbean destinations. 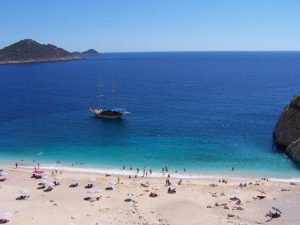 “Tariffs are much higher this year than they have ever been in the past. So it is not necessarily some kind of offer; there are actually no travel offers already, wherever you go. So, people are seeing that they are spending the same amount they would spend on a wider range honeymoon. “It’s just closer, the flights are easier, it’s not that wide.”, says Alisa Cohen, founder of the Lux Travel Club.

Travel agents add that during the pandemic, traditional honeymooners have turned into so-called mini-honeymooners that do not last as long as usual and often involve a short trip to a neighboring state. Larger trips are being postponed to 2022 and 2023. There are so many trips planned that travel agents warn that by the end of the pandemic we could see a honeymoon boom, with a lack of specialized suites, pubs and hotels. 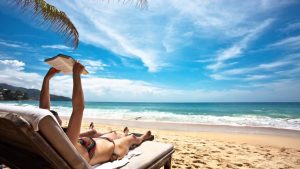 “The other thing that is happening is that all those who had booked for 2020, have already made new bookings for 2021 and 2022. This means that there are people gathered for years who have already booked a trip and are push it even further… ”says Nora Blum, vice president of Travel Leaders.

However, the pandemic brought some good news for the wedding industry. Since the organized parties were much smaller, the couples spent much less on their big day.

Travel agents say they are spending what they saved for their honeymoon and celebrating it with the right style.