Floods in Germany: How was the most developed country in Europe ‘caught by surprise’ and can something like this be prevented?

Amid the desperation and rising death toll in Germany and Belgium, questions are being asked about how it could have happened, but perhaps also how to “prevent” such a disaster. 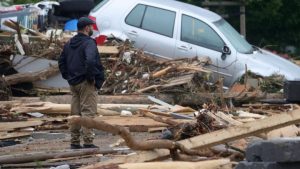 According to foreign media, the Telegraph reports, the flood followed record rains in parts of Western Europe that caused rivers to burst their banks.

Professor Hannah Cloke, a hydrologist who set up and now advises the European Flood Awareness System – an EU program set up to provide early warning of dangerous floods – said alerts were sent to authorities in Europe over the weekend.

There were signals thënë saying it was raining very seriously and flooding: be careful. “Then it is up to the national authorities to get that information and act on it,” she said. 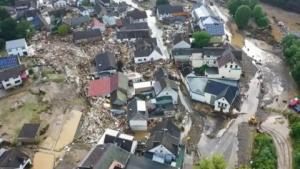 Prof Cloke “set up” the warning system after the deadly flood in Europe in 2002, hoping to prevent such an event from happening again.

But she said the latest flood had exposed “chain breaks”.

“Thjesht It is simply unacceptable. “There is something wrong with the system.”

And as I point out BBC, structures for flood forecasting and warning vary across European countries. 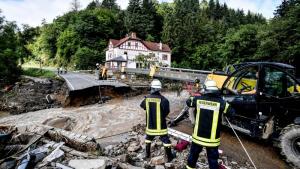 For example, Cloke says that Germany has a “fragmented” system that includes many different authorities in different countries, resulting in different responses.

However, a spokesman for the German weather service Deutscher Wetterdienst said it had issued a number of warnings about extreme rainfall.

He said it was up to other authorities to determine the risk of flooding and to act on evacuating people, or taking other measures.

In the city of Hagen, Armin Laschet, the main candidate to succeed Chancellor Angela Merkel, told reporters that authorities had warned and set up barriers “while the sun was still shining and no one saw it coming”. 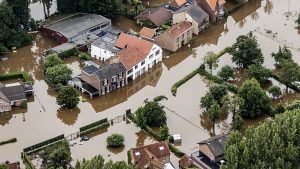 While the environment ministry in Rhineland-Palatinate – one of Germany’s most affected states – says flood warnings are made for major rivers, but that information on smaller tributaries and rivers is not as detailed, so floods cannot be always prevented.

Cloke said there were places where people did not know the floods were coming, or did not know how to respond to protect themselves and their homes.

“They were putting themselves in danger, they were walking through the flood waters,” she explained. 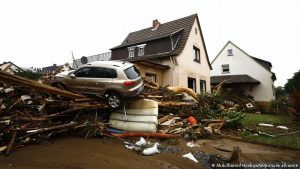 “I think people are not really aware that the weather can actually be deadly,” she said.

“The fact that so many ‘closed’ lands also leads to more dramatic impacts than would happen if water could go somewhere,” she added.

Land ‘closure’ occurs when land is covered for housing, roads or other construction work.

Andreas Friedrich, a spokesman for the German weather service, said many people were not aware of how critical situations could be made after weather warnings.

Meanwhile retiree Annemarie Mueller, 65, told the AFP news agency that the city of Mayen had been completely unprepared for the devastation. 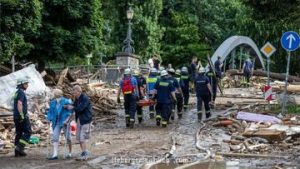 “Where did all this rain come from?” It’s madness. [Uji i përmbytjes] “It made such a loud noise and given how fast it was falling, we thought it would break down the door,” she recalled.

Therefore, Professor Cloke said that forecasters and authorities should “do better in receiving and delivering the message” about the risks of potential flooding.

In addition, Interior Minister Horst Seehofer said Germany “needs to prepare much better” in the future, adding: “This is a consequence of climate change.”

The world has already warmed to around 1.2C since the beginning of the industrial age and temperatures will continue to rise unless governments around the world make big cuts in carbon emissions.

“The nature of the storm, the fact that it was extreme, that there was a lot of moisture in it, there was a lot of rain, it was moving slowly – we have evidence that these kinds of storms will be more likely,” Cloke said. “This is one of the things you expect to see under a changing climate.”

While Hayley Fowler, professor of climate change impacts at Newcastle University, explained that global warming leads to a slowdown in the flow of air currents that causes storms to move more slowly, while the warm atmosphere is also able to hold more moisture.

“Extreme rainfall events will intensify and more extreme ones will become more frequent,” she warns.

And prof. Fowler said countries need to redesign infrastructure systems to deal with these types of events.

But, she said, they can never be “fully resilient.”

“There will always be a bigger event, an event that probably exceeds our flood protection. “That’s why we really need emergency measures and warning systems,” she explained.

As the BBC writes at the end, in the German district of Ahrweiler, residents on Friday used snow shovels and brooms to clear mud from their homes and shops after the floodwaters receded.

“I was completely surprised. “I thought water would probably come here one day, but not like this,” Michael Ahrend told Reuters.

“This is not a war, nature is just hitting. “Finally, we have to start paying attention to it.”