On the Montenegrin coast, as in Budva, Ulcinj, Tivar and Tivat, there are several properties belonging to Kosovo since the time of the former Yugoslavia. These properties are currently occupied, privatized or alienated by various companies in Montenegro.

Meanwhile, Kosovo has filed a lawsuit for the return of property rights, which action is supported by both analysts and some political representatives in Montenegro.

On the Montenegrin coast there are several properties belonging to Kosovo since the time of the former Yugoslavia, but which are currently usurped, privatized or alienated by various companies in the country.

These properties are located in the most popular coastal cities, such as Budva, Ulcinj, Bar, Tivat, etc., and represent the most beautiful places for tourism development in Montenegro.

The Ministry of Justice of Kosovo, some time ago, has filed a lawsuit for the return of property rights, which action is supported by both analysts and some political representatives in Montenegro.

Former Deputy Speaker of the Parliament of Montenegro and current MP, Genci Nimanbegu has repeatedly demanded that the right to property be respected.

“These properties are attractive, especially the property of Kamenova, in the municipality of Budva. It is among the most attractive resorts and a very beautiful coastal bay for investment. Every effort must be made here for the right to property to be realized. I have had contacts and meetings with the ambassadors of Kosovo in Montenegro and with the politicians of Kosovo, to whom I have expressed our concern and the opinion that their ownership should be resolved. However, it is up to the state of Kosovo to deal with this issue and return what they think is theirs “, said Mr. Nimanbegu.

Analyst Hajrullah Hajdari estimates that the request for property restitution is legitimate and that in this context it is worth seeking intervention in international courts.

possession. Any other action is legal is a violation or politicized action. In this case, I think that Kosovo should have the power and will go at least to the Strasbourg Court, which will undoubtedly judge in favor of Kosovo. “, said analyst Hajdari.

“In Montenegro, maybe even in Kosovo, we have many problems with the judicial system and the prosecution system. This is not just about this case, but about all the existing cases, where for decades they do not gain any desired epilogue. We hope that this case will end as well, as this does not depend on the government, as it is known that the court system operates independently. However, a positive pressure must be made for this case and others to be closed. “, said Mr. Abazovi..

The Privatization Agency of Kosovo has identified 35 properties located in Montenegro. In addition to properties on the Montenegrin coast, other properties are facilities and offices in several cities in the country./ VOA 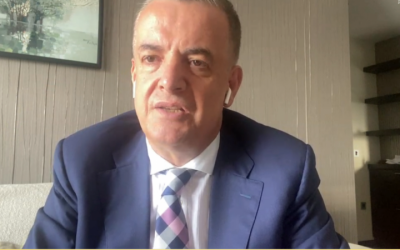 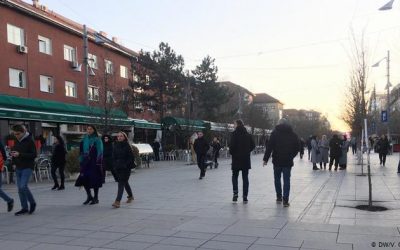