Vlora / They were carrying out illegal construction, 3 people were arrested

Three people have been arrested by Vlora police because they were caught carrying out illegal constructions along the coastline. While a convict who was declared wanted has been apprehended by the police.

Following the actions, the citizens GB, 24 years old, AF, 20 years old and G. Sh., 40 years old, were arrested in flagrante delicto for the criminal offense “Illegal Construction”, after in Dhërmi, they were found building wooden structures along coastline, not equipped with a construction permit by the competent authorities.

Meanwhile, a convict declared wanted was apprehended by the services of the Saranda Police Commissariat. R. D, 32 years old, resident in Gjirokastra did not respect the time of the permit given by the Fier Penitentiary Institution by not returning for the remaining period of the sentence for the criminal offense “Attempted narcotics trafficking”.

The 32-year-old was handed over to the services of DVP Fier, for further procedural actions.

Specialists of the Road Traffic Sector in DVP Vlora arrested in flagrante delicto the citizen F. Gj., 59 years old, resident in Vlora, after driving the vehicle, in the place called “Novosela Roundabout”, he collided with a motor vehicle and as a result was damaged its leader citizen AH

The materials were forwarded to the Prosecutor’s Office for further procedural actions. 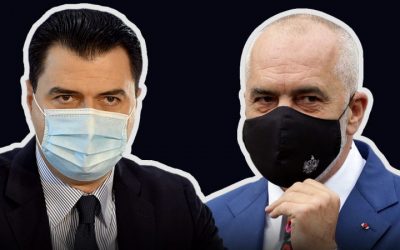