In Albania he was seen by his peers as “Italian” and in Trieste as “Albanian” and this influenced him to close and not go well with lessons. As the youngest of the children, Sandri was always under the dictation of the sisters. He was the “naughty child of the family” and was often punished. He did not like school, much less homework. In elementary school he was forced to repeat the class several times due to poor results.

He had his first heartbeat for the theater in Trieste when he saw on stage the great Italian actor Ermete Novelli, who played parts of “Pope Lebonnard” and “Louis IX”. Together with one of his old aunts, Sandri had the opportunity to sit in one of the last lodges of the theater to watch the Venetian comedians “Zago” and “Benini”. Then came… that would change the life of little prince Moses. Never before had the little one thought that, someone without musical instruments, songs or music could entertain a hall full of spectators who laughed like crazy. Through the art of Novell Sandri enters the magical world of the stage and with his childish fantasy he manages to see his future in this field… .. The moments of this day left indelible traces in his life. 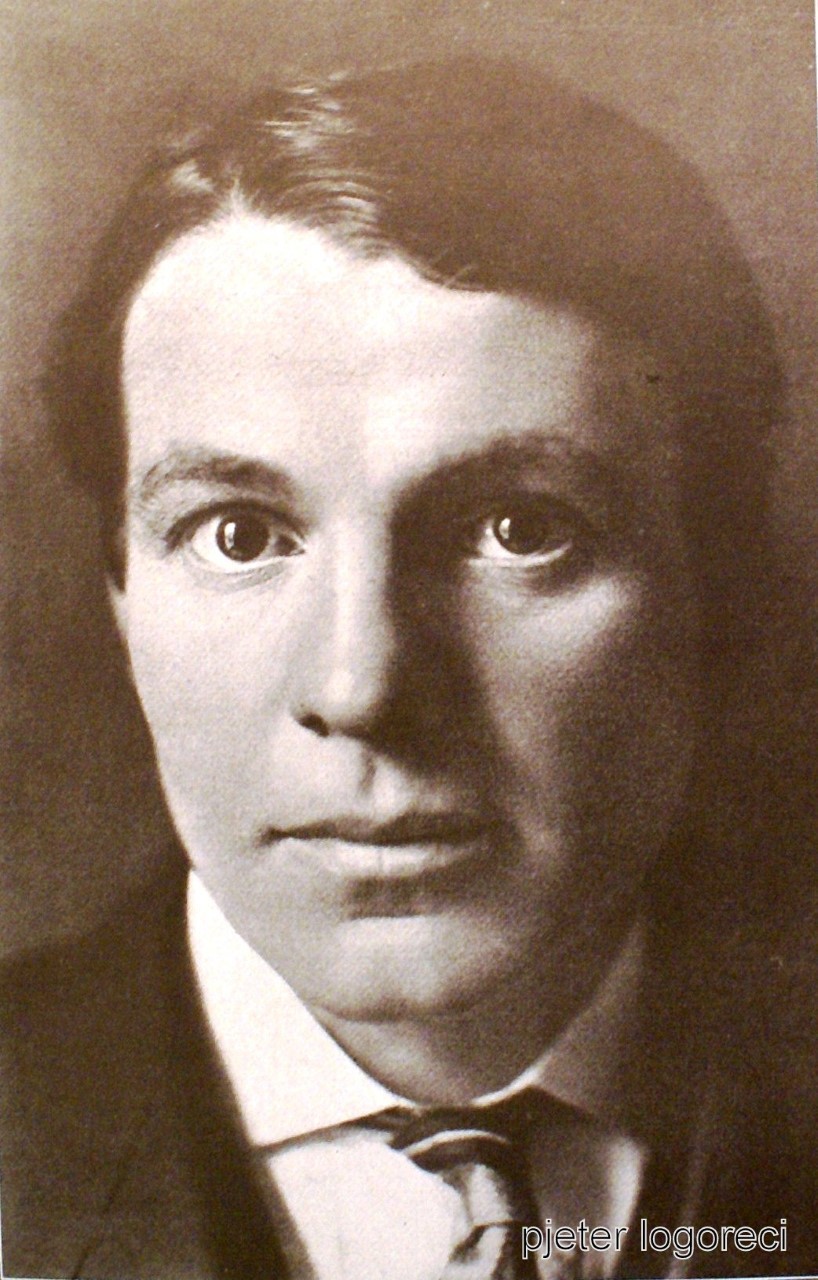 At this time the economic situation in the family worsened greatly. The mother decided to send Sandro to a priest cousin in Graz, Austria. The priest promised to feed and educate him. When everything was going well, the priest was transferred and Sandro had to return to Trieste.
Two of the sisters, through the mediation of an influential cousin in Vienna, managed to get a job as a ministry clerk and thus provide enough income for everyone to live on. The family moved to Vienna. Alexander sang beautifully and it was his mother’s wish to send him to the conservatory of Milan, but economic impossibility forced him to follow the family to Vienna.

In 1896 Moses got off the train at the Südbahnhof in Vienna, while the family rented a two-room entrance to the Hiessgasse / Landstrasse in the third town hall, where the mother and two sisters were housed. To help the family economy a little he begins to teach Italian. Even though he was poorly dressed, small and inexperienced for himself, even though he did not speak German for himself, he manages to have some students and bring home a warm lunch for the family.

For Alessandro the conservative dream came true. With the help of his influential cousin, Italian conservatory director Ferrucio Busoni and canto professor Mancio, he managed to get into the Vienna conservatory. Unfortunately, after the beginning of the lessons, Professor Mancio dies and is replaced by Prof. Forsten, who had a rigorous teaching method. As a conservatory student, Moisiu had the opportunity to attend concerts and operas for free. Even in the conservatory he fails to take steps forward. He does not regularly take part in rehearsals, singing lessons and breathing techniques. He takes almost no part in the teaching of harmony and the German language, which Professor Forsten does not tolerate and at the end of the first semester deprives Alexander of the right to study.

In a desperate mood, with torn shoes, half-bare, with his small body trembling from the cold of the wild Viennese winter the rags he wore, he wandered the city streets looking for work. This situation and maybe some previous cold causes a serious lung disease which will later take your life.

Taking advantage of the conservative acquaintances, he starts working as Claquere (a person who gets paid to applaud during a show) at Hofoper where he went every night. During the day he works as a funeral assistant at the Zentralfriedhof (central cemetery), where he assisted in funeral ceremonies that are very classic in Vienna, which later serves to create artistic figures where death was part of the atmosphere of the role, as the prince Hamlet.

In these difficult days coincidence brought him a job as an extra in the city theater. On February 19, 1899 he signed the contract with the director of the city theater Paul Schlenther, where he was employed as a permanent extras.

Alexander Moses extras at the Burgtheater
Moses relates: “In my early youth when I came to Vienna, I was not greeted with tubes of flowers, but I worked hard. I started as an Italian language teacher and only earned 30 Kreuzern for a lecture which did not allow me to lead a normal life. My desire was to become a singer and I managed to get into the conservatory. I learned to sing, but to become a singer you had to have an average stage, for that I had to sing from morning to night…. I was very overwhelmed and it happened that I did not do well mirë to improve my material and economic situation I took over the work of assistant assistant at the City Theater. The sun shone with luck and mercy and with the intervention of a Krachers son, I managed to become an extra. This was a much better job than the assistant. My fee for each night was 80 Kreuzer (1, 35 Mark) which was enough to quench the youthful appetite of the day, but only with Würstel (sausages) and bread…., But the important thing was that I was at the Burgtheater… I started working with “Meister von Palmyra” (Master from Palmyra). I was trying to be at the right height; I was one of the crowd of the Greek people… but at the very end of the stage… so much so that I had the feeling that the director did not trust me or was ashamed of my presence… at the very end of the stage… so that no one would see me, and so on from time to time I had to go out and enter again, in every act, but again at the end of the stage, quite close to the door… And this happened in many theatrical parts… Oh God, how many times I have fallen together with the silence I held in my hand … .Then came the turn: in “Cyrano de Bergerac” I was on stage as a cadet. In the fourth act “Gascogne” was involved in the storm and the cadets had to be touched by the wind and come out…., And here I felt very worried and did not come out për, so after a few days I was called by director Schlenther to clarify the concern my d .and it was… I who had thought until then, that at the end where I was no one would notice me, believe me, I was very surprised… .. ”, the excerpt is taken from some notes, memories of his, deposited in Theatermuseum / Wien

In his essay “My Burgtheater Debut” he recalls: I was in Vienna. I was very young and very poor, giving private language lessons to a few people who trusted me. In fact at that time I had not the slightest idea what I wanted to become… I was looking for bread, I was very hungry and my intestines were singing in my stomach, when the big coincidence brought me to the Burgtheater as Comparse (Figurant)… .

The artist’s inner self began to awaken in him. His passion for theater bears first fruits. On stage as an extras he tries to create figures as credible as possible for the public. Once when all the extras had to leave the stage, he remains on stage captivated by the performance of actor Ernst Hartmann playing Cyrano. – Get out, shouts the boss from behind the scenes, but he was amazed and stayed there until the end of the act…. Another time it happens that he, affected by the scene that was being played, started crying louder, which attracted the attention of the public. People started talking mockingly about the “passionate young man” who was quickly kidnapped… .. but he managed to get everyone’s attention.

It is the custom of the Vienna Prison Theater to occasionally give young talents the opportunity to appear before directors with different parts, to secure a job “on the occasion of the addition of staff” as an actor. Alexander, with the help of actress Maria Urfus (who in 1910 married Moses and in 1911 had a daughter named Beate), learns parts from “Uriel Acosta”, from the famous “Narziss” and “Richard III”. His friend tries hard to improve his German speaking skills.

Thus, on December 1, 1899, he appeared before the Burgtheatre’s directorial committee with his performances. He feels satisfied and confident during his game. Full of zeal and fury Alexander begins exploding the fire that boils in his soul from the artist, in the phrases he recites. Phrases, lines, monologues in German, which sometimes he did not know the meaning of.

Alexander recalls: during Uriel Acosta, director Schlenther laughed heartily, but only Narziss liked him; eight days back I stood on the stage of the Burgtheatre in front of the college of directors. I never learned their impressions of my parts, as far as I know: the thoughts of Sonnenthal, Krastel, Lewinsky and Hartmann had nothing good. But director Schlechter believed in me, and that was the most beautiful thing that pleased me at the time: that director Schlechter saw me as a future actor ky .. this was his prediction… I started to study and learn German from my wife who was an actress, Maria Urfus… ..German for me as born in Italy was very inappropriate and difficult. 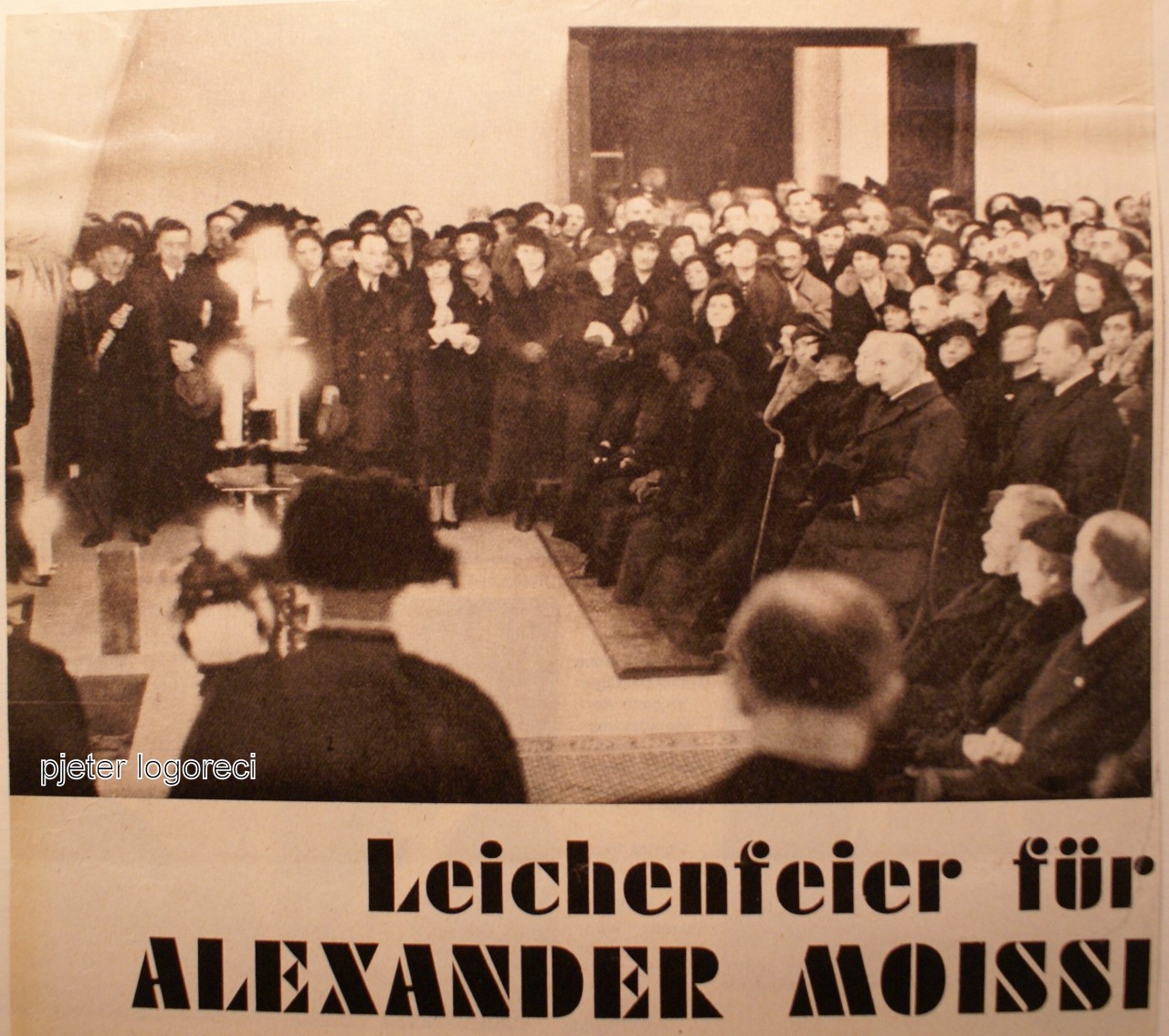 The college of directors does not react at all from the special passion and temperament of this 19-year-old boy. Unanimously they make the decision: Alexander Moissi ist zum Schauspieler ungeignet.

Alexander Moisi is incapable of becoming an actor…. however the commission allows him to continue working as an extras, but who can say a word sometimes…. despite the bad accent of German ka, but now his soul could not find peace and burned for the stage… On March 31, 1900 he sings on the stage of the Vienna Chamber of Commerce in the part “Ehemann vor der Tür” (Husband at the gate) more success. Another success to be mentioned was the role of “Kusofkin”, where I interpret Turgenev’s verses in the part “Gnadenbrot” (Charity). In a newspaper of the time it was written: the young Moses testified to an indisputable talent… his colorful voice, playing in pantomimes, as well as his safety on stage made a very good impression….

This served to increase the self-confidence of the young Moses. His courage triumphed over insecurity and inexperience.

Detached from: A look at the life and career of actor Aleksandër Moisiu