Movies on the ceiling … of the most ‘In’ couple in Tirana!

She was a high school student when she published the story, which would be the invisible thread of fate with which her life and that of her future husband would be connected, since she was a postgraduate student in Moscow and one of the young stars of Albanian literature. 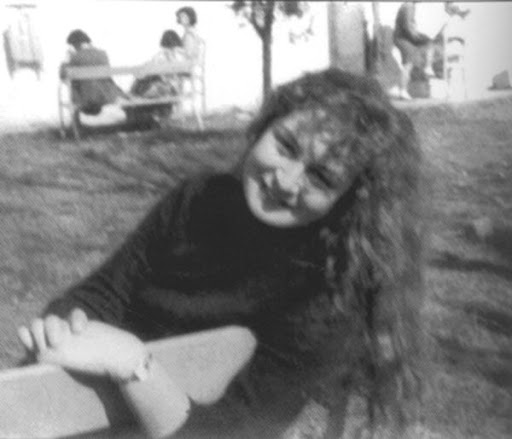 After reading this story, he wrote me four lines: “I read your wonderful story…”, he would recall, adding that Dhimitër Xhuvani, a writer from Elbasan, who was also in Moscow, had told Ismail that “I know this girl.” When he came to Albania in the summer, Ismaili told me “it is not that I really liked that story but I had another goal.” This is how the writer Helena Kadare would share with the readers from Prishtina the beginning of her long love story with the writer. “That letter from Moscow was heard by the whole gymnasium in Elbasan. I responded immediately, with a few pages of paper, but I did not receive any answer, “she told reporters Alda Bardhyli and Beti Njuma, while asking her about the details of her love affair with Ismail Kadare. The first meeting with the writer, Helena Kadare recalled, would take place in Tirana after he had returned from his studies in Moscow. “By chance on the Boulevard I meet Ismail who was with Nasho Jorgaq. “Here, this is Helena Gusho, as I had my maiden name,” Nasho tells her. He immediately wrote down his phone number and said: “Call me, because I have brought some movies and I see them on the ceiling”, he told me. I was very impressed! He said bluntly, “Let’s watch movies on the ceiling.”

“That letter from Moscow was heard by the whole gymnasium in Elbasan. I responded immediately, with a few pages of paper, but I did not receive any response.

The high school student and later literature student started her career as a writer by publishing her first novel “A difficult birth” in the 70’s, accompanied by the critical eye of her husband, who at that time had a reputation as one of the best writers of country. “I wrote very early, but the connection with Ismail made me think about what he meant by what I wrote. He first read me that novel. “It’s not bad,” he said. But not who knows what. “Do not remember what you did”, she told me “, she further reminded, while after the first novel came” Husbands “,” A woman from Tirana “,” Insufficient time “. Asked what she thought when the writer turned their relationship and herself into characters in his novels, such as Ana in “The Monster”, Helena Kadare would say “Yes, but he himself was not aware, because they have asked this question many other times. “Why is that ?! “No, it is not.” Ana, has a very beloved character, he has used it often.

Helena Kadare, however, did not think she was the character. “This is a great honor. And I told myself that it was someone else, not me. “But she was not only the character of Ismail Kadare’s novels, they were also love stories from the time of her studies in Moscow. I knew him earlier, from his poems, but also from the diaries I found and read at his house. And so to speak, I was vaccinated for this part. ” The diary, the writer recalled, was full of Juba, Tanja and many others. He often repeated to me: “If you want, leave too, because I do not intend to get married.” I replied: “Who intends to marry you ?!” I tried to look as original as possible. ”Helena Kadare brought her life alongside the great writer to narrate in“ Insufficient Time ”, the autobiographical book she started writing in 1996, in Dubrovnik, even though she knew she would faced objections from the writer who did not like autobiographical books.

“In fact, I got to know his stories and his life in Moscow earlier, from his poems, but also from the diaries that I found and read at his house. And so to speak, I was vaccinated for this part. “

“He said that if you have to write something, you have to write it in such a way that the Balkans like it, because they themselves abuse these things and are rather narrative, orally.” Ismail Kadare’s advice to his wife was that to narrate the events accurately, as they had happened. “You have to tell them without taboo. Do not be influenced, neither by me nor by anyone else! ”The writer confessed that this served to write her memoirs without fear and that Ismail Kadare taught her to write what she thought without deceit,“ because the reader has the sensitivity to extraordinary, which catches him immediately, when you try to turn the story, to hide something. one of which was from the time the poem “At Noon the Politburo Gathered” was published, known as the “Red Paschals”.

“If you want to leave, because I do not intend to get married.” I replied: “Who intends to marry you ?!” I tried to look as original as possible. “

It was a very, very difficult moment because it happened that he had taken a cycle of poems to the newspaper “Drita” and was waiting for publication in next Sunday’s issue. It was a rainy Sunday and I, to my surprise, felt a little euphoric. On Sundays we were called by neighborhood activists to clean the palace stairs and the courtyard. Since it was raining I thought “Oh how good that woman will not call us today”. The newspaper “Drita” came down the door. I saw it and said to Ismail, “Your cycle has not been published.” “That’s right,” he said and cut himself.

Helena Kadare confessed that she had not read the poem for which she had been criticized before. After that, a story began, which was the most difficult of all because the Central Committee met, Ramiz Alia himself engaged and they were told the most horrible things that could be said, “You are the enemy”, “It paves the way for imperialism” ”. He was very desperate, he knew very well what he had done. Very hard days followed… ”Fear was what accompanied them after each new publication. “But he did not faint,” she said. “There was never a limit to what I could say. His ways and tricks were such that what he wrote would pass, but anyway. “

“I will leave, but you and the girls will be exiled.” “There is nothing,” I said, “I am strong and I will work in exile, but do what you think and love.”

Helena Kadare in her story also focused on the couple’s relationship with the family of dictator Hoxha. “We were with the Hoxha family in 1971.” Time when Ismail Kadare would write The Great Winter “and had asked the Archive for documentation of the meeting of 81 parties in Moscow. We went and were in a lot of anxiety because Enver seemed an unattainable figure. While we were talking to Nexhmija, Enver came in the middle of the conversation. The conversation was very interesting because he told many things, not only about that meeting, but also from Gjirokastra, because they were residents of the same alley. “The anxiety was great for the time we were there.”

The writer also recalled her husband’s fear after each trip outside Albania. We have discussed his departure several times together, in 1983. “I will leave, but you and the girls will be interned.” “There is nothing,” I said, “I am strong and I will work in exile, but do what you think and love.” “He -Enver Hoxha- will die of despair from this gesture that I will make.” We both agreed. Overnight we packed our bags. I opened the liner, inserted the manuscripts and sewed them, thinking that he would not return… “ 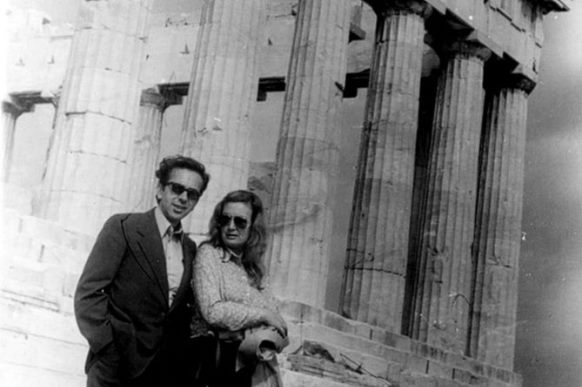 Stopping nowadays, where the life of the Kadare couple is located between Tirana and Paris, Helena Kadare says that everyday life continues to remain the same. “He is the ‘Prince’ who does not know how to do any job who loves everything ready and I who continue to do the same to all Albanian women,” she said, while she sees every arrival in Tirana as a joy. continuous. “I even ask Ismail to stay in Tirana, but I have noticed that the climate in Tirana tires him and depresses him, because, for the sake of truth, he also has a lot of aggression, which he feels more deeply than I do.” From her book of memoirs “Insufficient time”, she reveals that she has not forgotten anything, but it was Ismail Kadare who took away about a hundred at all. “It erased some memories of my friends, my friends. “What do you have these, in vain ?!”, the writer concluded, while stopping at the stages of a long love story which began with that story written by a high school student.