How functional can a day of the week with 4 working days be?

Japan, the country that gave the world the term “karoshi” to describe the phenomenon of “death from overwork at work”, is considering implementing an optional 4-day work week. This idea has also been presented in Iceland, New Zealand, Spain and other countries.

In fact it is so clear that some wise people in the past would be shocked to learn that we have just begun to talk about it. One of them would be economist John Maynard Keynes. In 1930, when the Great Depression was threatening the prosperity of his country and the world, he wrote a classic essay on “Economic Opportunities for Our Grandchildren.”

Long-term economic and technological trends, he argued in a counter-intuitive way, suggest that within a century – that is, now – we can effectively meet all our needs, and work only for the strength of habit or for fun, but even then maybe no more than 15 hours a week.

And yet, the average number of hours worked per person has dropped very little in recent decades, and is still much higher than Keynes predicted. In most countries, the standard workweek is set at 40 hours or more, but the reality is that people do far more overtime.

Surprisingly, it is those who have the highest incomes – and therefore those who have most of their physical needs unmet – who work the hardest. Some clerks in China boast of working in the “996” format – from 9 a.m. to 9 p.m., 6 days a week.

When I was once an investment banker, some of my colleagues worked over 100 hours a week. This is the kind of life that leads to “karoshi”, which the Chinese call “guolaosi” and South Koreans “gwarosa”. In addition to Keynes, others who would be surprised to see this phenomenon include our hunting ancestors.

For most of the time our species has existed, humans have worked according to the Keynesian formula – a few hours a day, and yet they were healthy and even satisfied, says anthropologist James Suzman in his latest book, Work: A History from the Stone Age to the Age of Robots ”.

Suzman says part of the reason was their sense of time and equality. Because they had faith in nature’s ability to feed them every day, hunter-gatherers seldom planned the things they did, and lived mostly for the day.

And because they resided in small groups suffering from status inequality, wealth accumulation was essentially meaningless, as everyone could demand that you share whatever surplus you had. This kind of “innocence” was lost nearly 10,000 years ago, when agriculture appeared. Now people had to live continuously in the future, sowing now and reaping months later, preserving seeds and crops for years when there might have been worse harvests and so on.

And they lived in larger sedentary societies, which became significantly more unequal. This after they discovered new material desires. The work to meet our needs was out there; the work to satisfy our desires was within. And desires are limited only by our imagination.

Industrialization, urbanization and modernity greatly stimulated this development. Advertisements began to appear that further fueled our fantasies about consumption and the status we might have in the future. Lately, social media is dominating the internet, showing us daily news about other people who seem to have more of us.

It’s hard to go through even a single day without comparing yourself to the other, feeling like you’re nowhere, and coming to the conclusion that you need to try harder. That is why we have become fast-paced cars next to each other.

In a sense, the explanation for this behavior can no longer be found in economics, that is, in material deficiencies, but in Buddhist philosophy: It is not the needs of the body but the desires of the mind that now push and torment us.

Thankfully, in some cultures priorities have begun to change. The Germans who were once famous for their tireless work; known today for long vacations in Mallorca. Western Europeans in general have discovered the joys of slowing down the pace of life, especially when compared to Americans.

This trend is booming in East Asia. When I lived in Hong Kong two decades ago, I often thought that if Max Weber were alive, he would have to rewrite his book Protestant Ethics and the Spirit of Capitalism, replacing the term “Protestant” with “Confucian.”

But these days even young Chinese are embracing laziness as a way of life. I know full well that there are readers who disagree with these experiments. Even Keynes knew the fear of what he called “technological unemployment.”

But he dismissed it, assuming that man’s greatest anxiety is about what he will do with himself when he has much more free time. To make better use of it, it turns out that we need to cultivate new – or rather, antique – aspects of our nature that may not even seem like work. Keynes thought it was a worthwhile endeavor, as we “trained too long to try, and not to enjoy” / Bloomberg Opinion 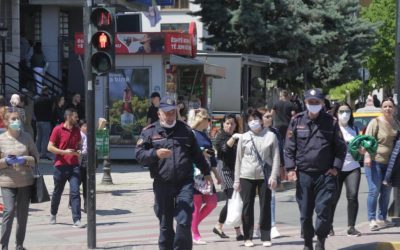