Serie A decided that teams cannot have green jerseys starting from the 2022-23 season. The season that is expected to start in the bar will be the last, this as the clubs have already released the kit of uniforms and can not make changes.

This change is mainly dictated by TV companies, who worry that green sets are very similar to the color of the field and could lead to mixing of players in the background.

It is often noticed that the green jersey on the screen creates problems for the viewers. Most affected by this decision is the team of Sassuolo, which as the first uniform without exactly the green, mixed with black stripes. But also Atalanta with Lazio in the last two seasons have widely used the green in transfers.

Rule changes in kits also affect socks and shorts, which also may not be green. However, the new rule does not totally exclude green, but they can only be stripes or numbers on t-shirts. 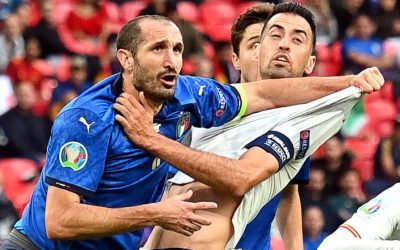