Merkel’s Germany, and the tragic evolution of the Western European alliance

Angela Merkel has been Germany’s chancellor for 16 years. She last visited the White House on Thursday as the country’s leader, as she will step down in September. I was present in 2018 when Merkel was received by Donald Trump at his residence in the White House.

I saw how President Trump used humor and facts to acquaint the chancellor with the disappointment of the American people, that Germany refused to pay its full obligations to NATO, at a time when it was buying large quantities of gas from Russia.

But Merkel found it difficult to explain why her country, which had a large budget surplus, could not meet its financial commitments to NATO defense. She gave no clear explanation as to why Germany was ignoring European concerns that it was feeding the Kremlin regime through the Nord Stream 2 pipeline partnership.

As the US ambassador to Germany during the Trump administration, I spent most of my time trying to convince America, Europe’s largest ally in Europe, that some of their political positions were incompatible with the spirit of a western alliance.

The US Embassy in Berlin and many Foreign Service Officers serving there and at the 5 consulates located in Hamburg, Düsseldorf, Munich, Frankfurt and Leipzig, helped coordinate US responses to Chinese and Chinese espionage.

and fulfilling obligations to NATO.

I often asked why the German government does not share the view of the Western Alliance, according to which the Kremlin and the Chinese Communist Party will never join the values ​​and interests of Western Europe.

And their expectation will only make it more probable that the two hostile powers will succeed in further marginalizing the West. In 1990, NATO Secretary-General Manfred Wörner warned that Europe would return “to the old power politics and diplomacy of the balance of power of centuries past, or move forward in an orderly manner.” peace and freedom ”.

Sadly Germany interpreted the end of the Cold War more as a permanent moral triumph than as a strategic victory that required more tendency in that direction.

And over the decades since then, the German government has become an economic machine with the motto “First Germany”, distancing itself from the West, and aiming to make more money and trade with anyone and everyone.

But American policy is also to blame for this. A naive belief in the universalization of Western liberal values ​​blinded previous US administrations, allowing Europe’s largest economy to leave the Western alliance.

Clinton, Bush and Obama believed that the increase in the number of democracies in the world was something inevitable and irreversible. But they were surprised to see that Germany was moving towards a Swiss-style neutrality.

Underlying some of these challenges lies the continuing reliance on the post-1989 theory of “convergence”, according to which integration and cooperation would eventually transform all states into liberal democracies and free market economies.

Despite Russia’s invasions of Georgia and Ukraine, the assassinations of political opponents in Britain and Germany, and its contributions to the genocide in Syria, Berlin continues to hope that greater cooperation with Moscow and China can moderate behavior. of the latter. 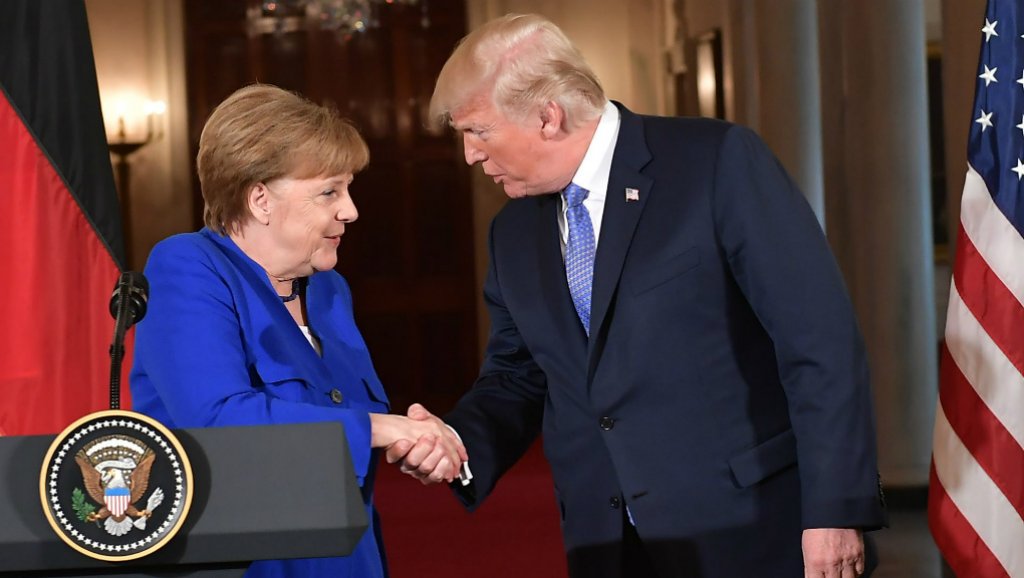 The relative decline of some traditional U.S. allies and the degradation of the UN and other corrupt institutions forced the Trump administration to deepen cooperation with new allies.

This is partly why the United States strengthened relations with India, Vietnam, Indonesia, the United Arab Emirates, and other Eurasian powers after 2016.

But the establishment in Washington, Brussels, and Berlin strangely promoted the idea that American and global security would benefit most from keeping nations that share U.S. interests in a state of perpetual dependence on the latter.

What they fail to realize is that strengthening the political and military independence of their allies does not mean questioning their value, but it is the best way to ensure their continued freedom.

Meanwhile, American and European elites find it very difficult to accept the fact that today China and Russia consider Europe an economic and political “playground” (not to mention a possible dependence), and not an important pole of power. of the West. Their chances lie in the relative disunity of the European Union, and in the fact that the union is losing and not gaining new members. Under President Trump’s persistent and often tense demands on Europe, America’s allies showed signs of renewal.

While less than a third of NATO members currently fulfill their commitment made at the 2014 Wales Summit to spend 2 percent of the defense budget, there has been a $ 140 billion increase since 2016. for the defense of the western alliance.

But as government bureaucracies, the media, the so-called transatlantic and elite universities are celebrating 16 years of Merkel’s leadership in Europe, the Alliance has changed a lot. One has to remind them that it must be a Western Alliance, not just an EU-US alliance. / Translated by: Alket Goce-abcnews.al