Another brotherhood between Kosovo and Albania

Kosovo and Albanian football veterans will play a friendly on July 23 at the “Fadil Vokrri” stadium in Pristina. This fraternity is organized on the occasion of the birthday of Kosovo football legend, Fadil Vokrri and will start at 19:30.

The Albanian Football Federation in cooperation with the Football Federation of Kosovo has made possible the organization of this match, which will see some of the biggest football names of our two countries go down on the field in this symbolic challenge to honor the legend Vokrri .

Before the friendly in the stadium of Prishtina, the statue of the former famous football player and former President of the Football Federation of Kosovo, Fadil Vokrri, who passed away 3 years ago, will be inaugurated. 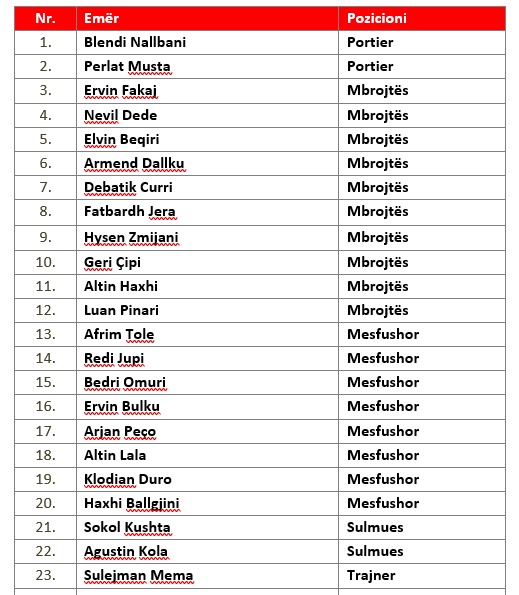 This is the second time in a few months that the veterans of Albania and Kosovo develop a friendly, as the first took place on February 16, 2021 in Pristina on the occasion of Kosovo Independence Day.