Abazovic’s message: Do not deal with useless work, but…

The chairman of the Democratic Party, Lulzim Basha received in a meeting, the Albanian Deputy Prime Minister of Montenegro, Dritan Abazovic. In his speech before the press, Basha praised the number two of the Montenegrin government as “a model of courage to modernize and put politics in the service of citizens as an instrument of change.

Basha said that during the meeting they discussed the common objectives of the two countries, economic development, but also integration into the European Union.

“Today I have a unique pleasure to receive the Deputy Prime Minister of Montenegro, Mr. Dritan Abazovic. His political career is built on the long experience of an activist, researcher and compiler of political theses on the Balkans, Europe and globalization. It is evidenced in the unequal struggle for a society between the forces for freedom, democracy and dignity and the danger of autocracy.

Secondly, it is a special pleasure because the interest of the Democratic Party and mine for our northern neighbor and for our compatriots in Montenegro is permanent. Abazovic’s commitment already makes the desired difference for decades by the citizens of Montenegro, but also by the ruling DP or even the opposition.

Our topics have continued from democracy, to regional objectives, economic development and European integration of our two countries.

I wish him success in this first visit, success in his noble, challenging mission and as a model of courage to modernize and put in function of the citizens the politics as an instrument of change “. said Basha.

The Albanian Deputy Prime Minister of Montenegro, Dritan Abazovic, after the meeting with the leader of the Democratic Party, Lulzim Basha, gave the message that it is time for a new European spirit. In a statement to reporters, Abazovic said that we should not deal with useless work, but with concrete issues.

He said that with the leader of the Democratic Party, they talked about the challenges facing Montenegro, Albania, but also other Balkan countries.

“I have come for an official visit to Tirana. I am proud to be the first official of the new government to visit Tirana. I wanted to meet any political entity that has to do with what change should be. We talked about concrete things, the challenges we had in Montenegro, but also the challenges that are the same throughout the Balkan country.

All of us who deal with politics together must move towards change. We have to adapt to European norms. Let us not be at a disadvantage that on the one hand it promotes universal values ​​and on the other hand Balkan values.

It is time for a new European spirit in all our territories. We must be forced to do concrete work. Do not deal with useless work. We agreed that everything with Montenegro has worked peacefully and fraternally. I am pleased that today I visited different entities in Albania “, said Abazovic. 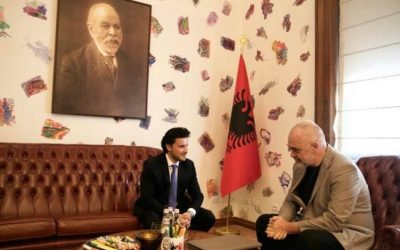 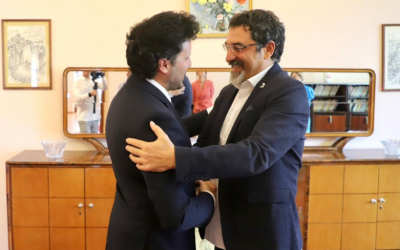