UPSHIFT Lezha, the power of change is not in facing the old but in building the new

Research and innovation are two forces that today nurture productivity and economic development worldwide. An impact not only economic but also social, the program UPSHIFT brought to Albania thanks to a close cooperation between UNICEF AND ICTSlab, with the support of Ministry of Education, United Nations Albania and financing of Government of the Netherlands has managed to reconcile these two forces.

Two forces which together have brought economic impact and social value at the same time to the local communities of Albania, by Tirana IN Lezha, nga SHKODRAa in Korce. 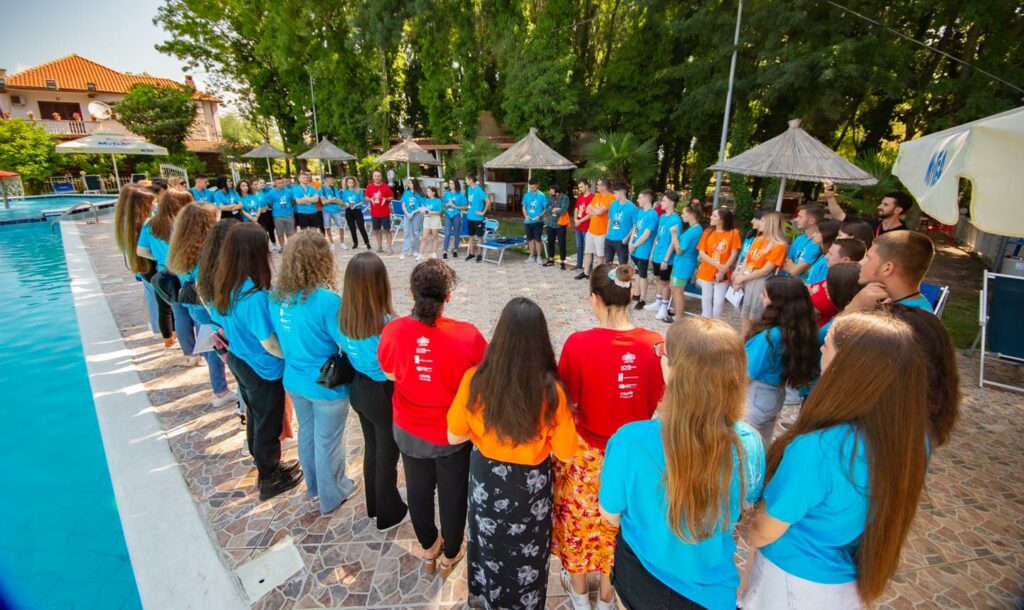 On the dates 12-13-14 July, Lezha was the next station of the social impact caravan named UPSHIFT that managed to inspire hope and courage in 10 teams AND 50 young people from Lezha, Kurbini, Fushë Kruja, Mamurras AND Borizanë. In the Upshift Edition of Lezha, Fushë-Krujë, Krujë, Mamurras, Kurbin and Thumana applied 35 groups with a total of 150 young people motivate everyone from a social problem of their community.

With the social innovation UPSHIFT is giving a blow to many social challenges that young people are facing in their communities in Albania, challenges which have proven to be resistance to the common and traditional approach. 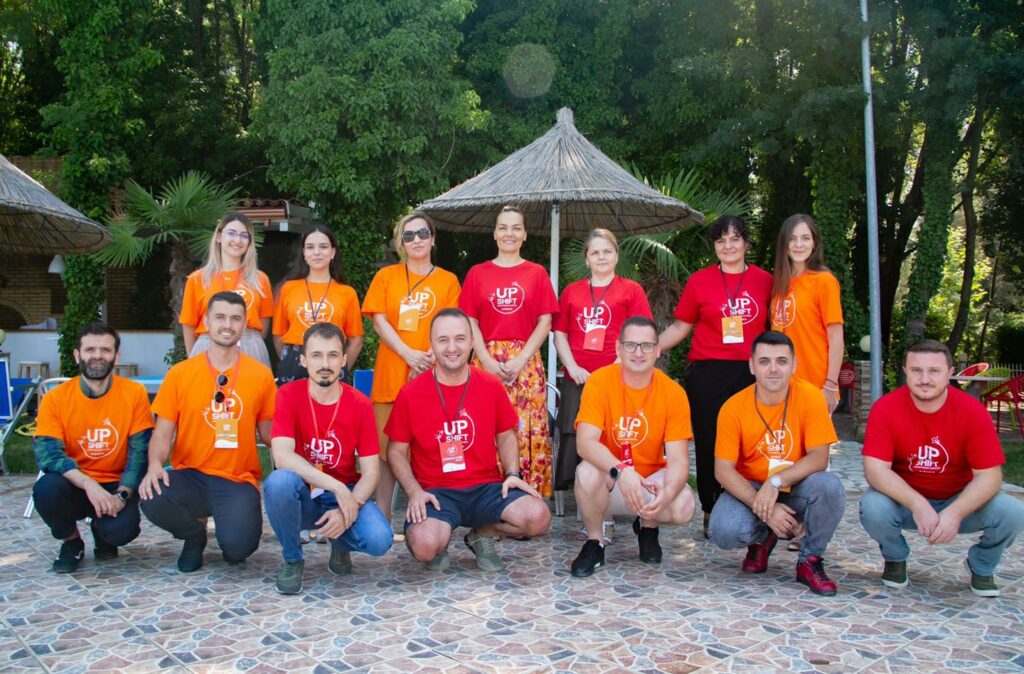 The need to approach you in innovative ways has brought to these young people new forms of cooperation between them, developed in them 21st century skills and provided solutions to some of the more complex social challenges.

An initiative to address the lack of information for tourist guides in the city of Lezha, a desire to have a gym for the physical education class of the School “Mustafa Myrteza Kacaci” in the city of Kruja or a playground to be built in the yard and with the support of the Catholic Church in Galata of Kurbin were some of the applications that demonstrated the gap left by the lack of social innovation that local communities in Albania need. 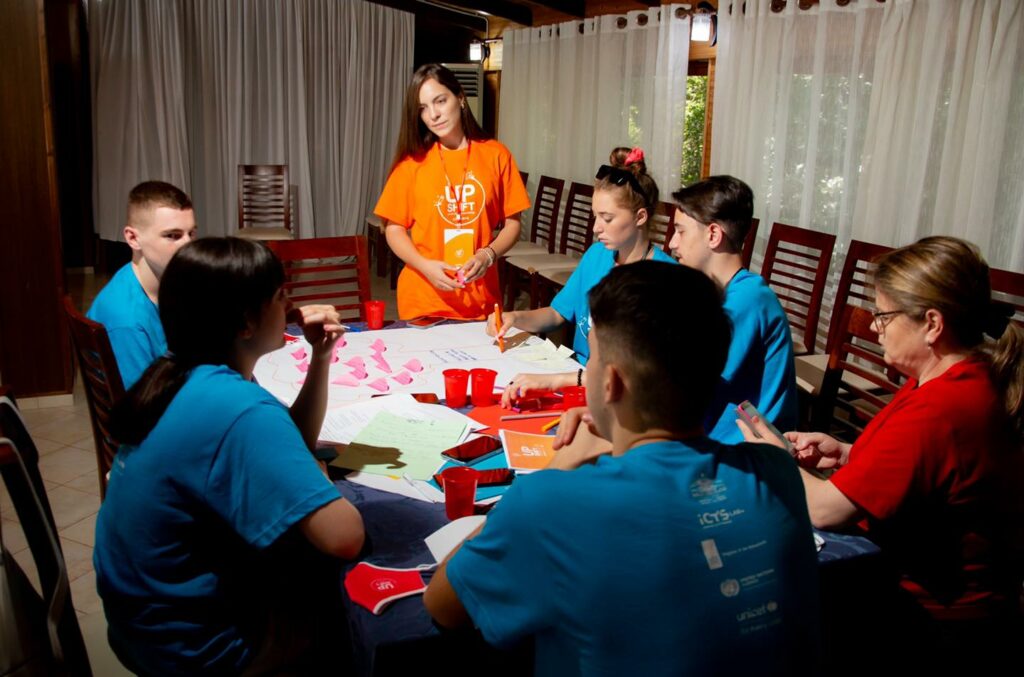 Guile, Skanderbeg, Happy Children, Ohana, Innovators, TeRana, Her for Her, Find Bio, Browse the Future AND Socializing Inspire were the groups which were selected among the many applications to attend the 3-day workshop in the city of Lezha.

Through a virtual meeting on the Zoom platform, in the Zero phase the young people identified the target group, actors and stakeholders who are indirectly affected or who may influence the solution of the problem identified by them.

Under the care of mentors trained with the already proven and very successful Design Thinking curriculum of UPSHIFT, Bleron Menzelxhiu, Pranvera Krasniqi, Jetmir Shtjefni, Andrea Shtjefni, Lorela Karabushi, Rea Pajo, Kleina Kasanai, Valentina Hushi, Skerdi Karaj AND Eltion Kuptrija, the young people started the first day of the workshop with the Problem Tree, Design Challenge and Model Conception thus shaping the solution they had thought of for the identified problems. 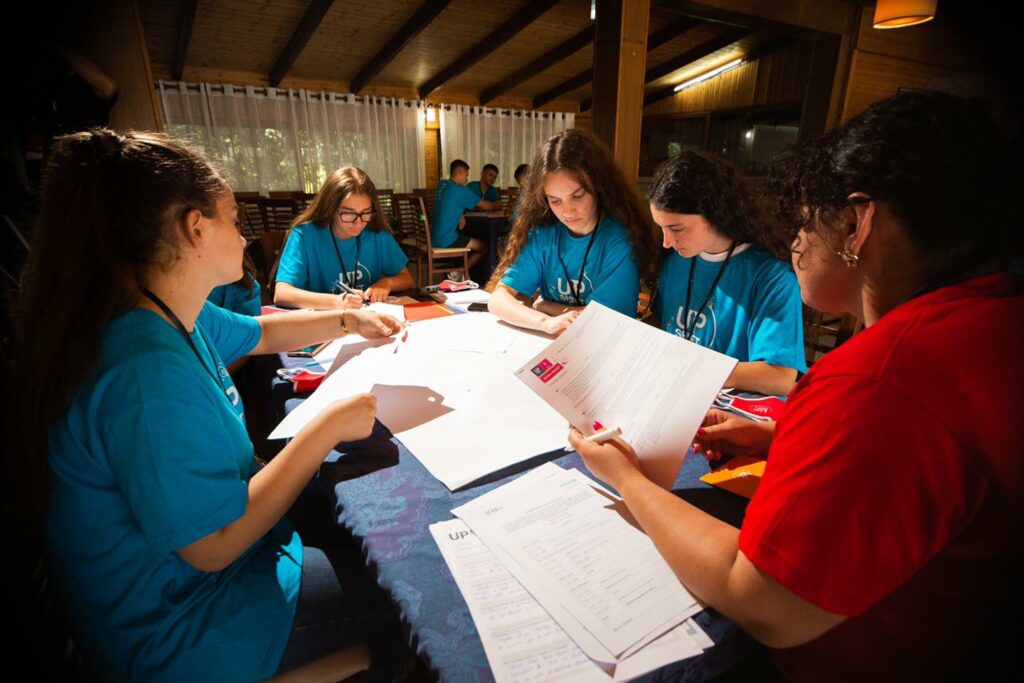 The causes of the problem were identified and the consequences that their communities suffer by paving the way for the design of a solution that best fits the needs of the community.

In the second half, the young people looked at the materialization of all the work done on the first day with the creation of prototypes, the construction of budgets and the preparation for the presentation of their solution and idea. 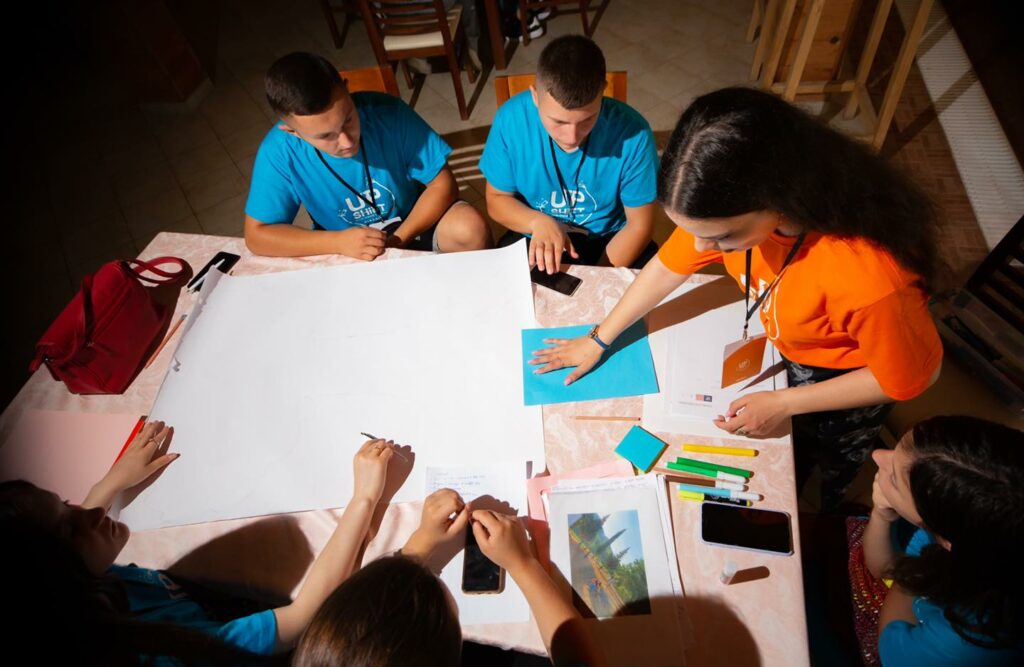 The emotions of the final day were added with the participation of the Deputy Minister of Education, Sports and Youth, Mrs. Bora Muzhaqi, zj. Mirlinda Bushati by UNICEF, Mr. Eldi Çondi Executive Director of the Secretariat of the National Economic Council, Director of ICTSlab Mrs. Esmeralda Shala who were also in the capacity of jury; co-founders of ICTSmedia, ICTSlab and ICT Awards Mr. Kushtrim Shala, the director of the vocational school Kolin Gjoka of the city of Lezha, Mr. Bardh Dedgjonaj.

The winning projects from the decision of the UPSHIFT jury were: Guile, Skanderbeg, Happy Children, Socializing Inspire AND Browse the Future. 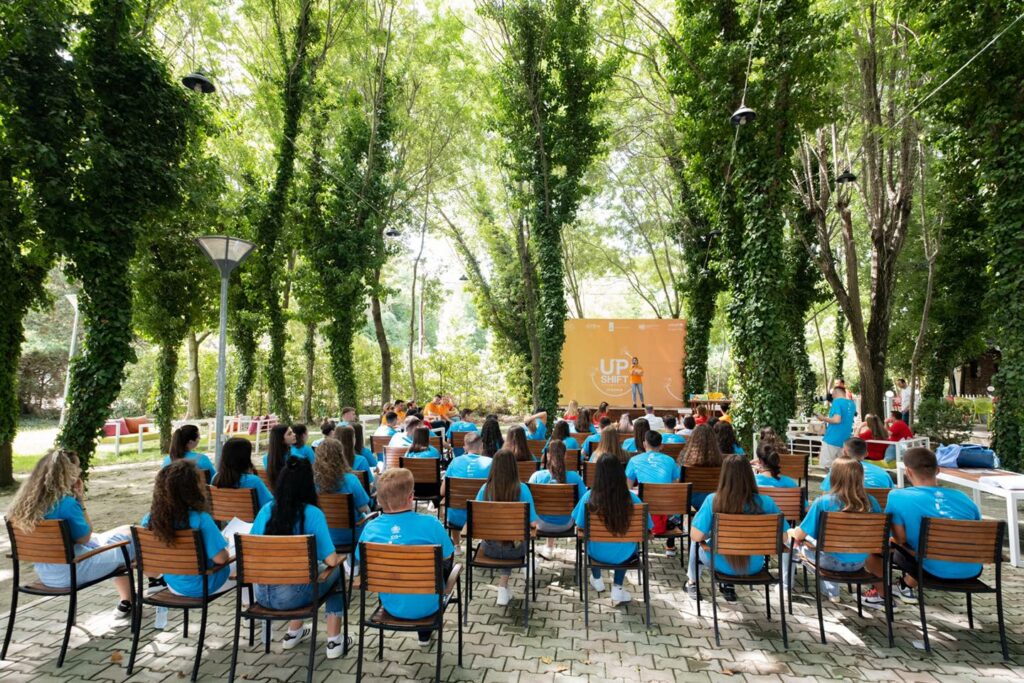 During the four editions of UPSHIFT, 20 projects were announced as winners and finances, which even today have left traces of local communities in several cities of Albania.

Winning projects will be funded by 1,300 euros by UNICEF to implement their idea. This activity was made possible through UNICEF Albania by SDG FUND through funding from the Dutch government and the organization of ICTSlab. Enjoyed the partnership of the Ministry of Education, Sports and Youth, United Nations Albania. 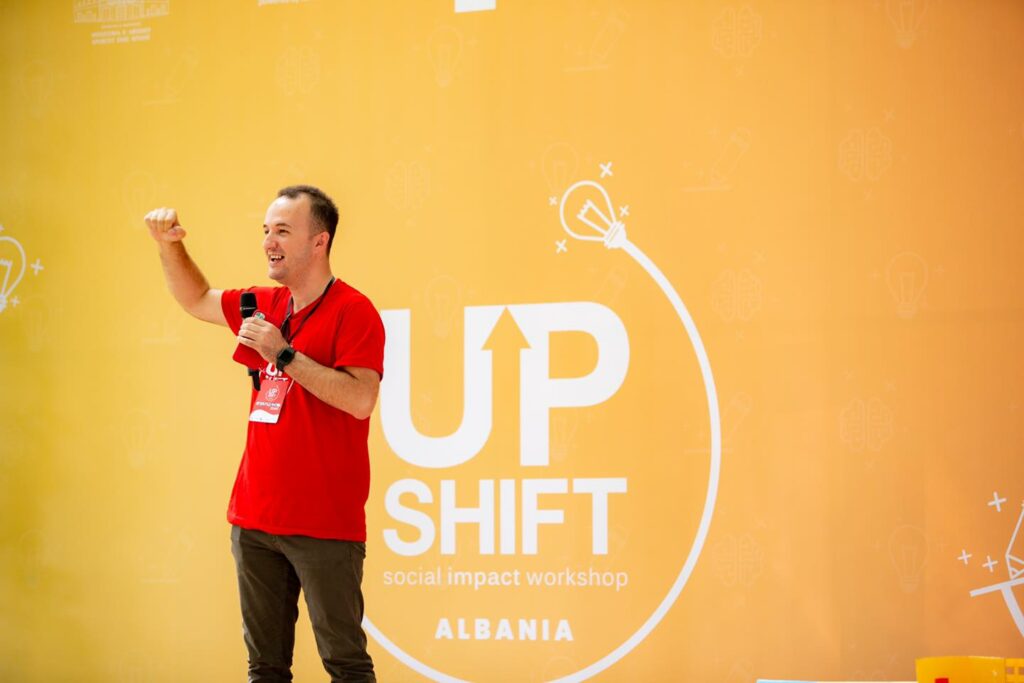 UPSHIFT is a program implemented by UNICEF in 32 countries around the world to create the new generation of social entrepreneurs.

Guile has thought to offer a solution through the creation of a website which will make possible the connection between tourists and existing guides in the city of Lezha. They aim to include the youth of the area by engaging them in the various tourist guides that will be offered to tourists. 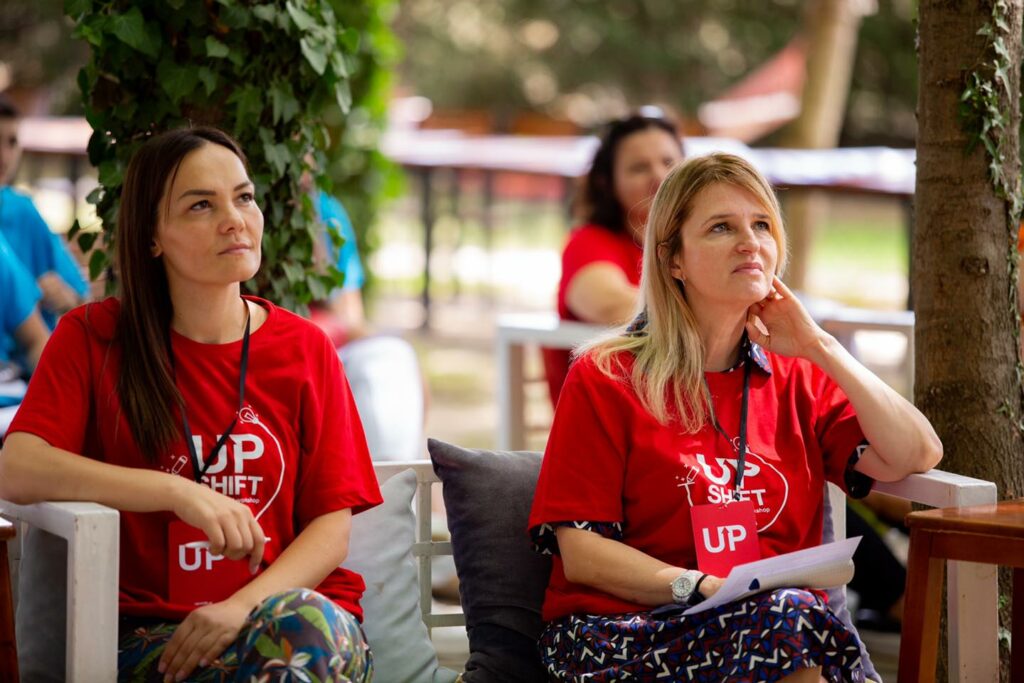 Skanderbeg a group of young people who want to donate to the community where they live and their school a solution to the lack of a gym complete with the necessary equipment to realize the physical education class at the School “Mustafa Myrteza Kacaci”. The gym of this school also serves the community as a center where various sports activities are organized and not only. 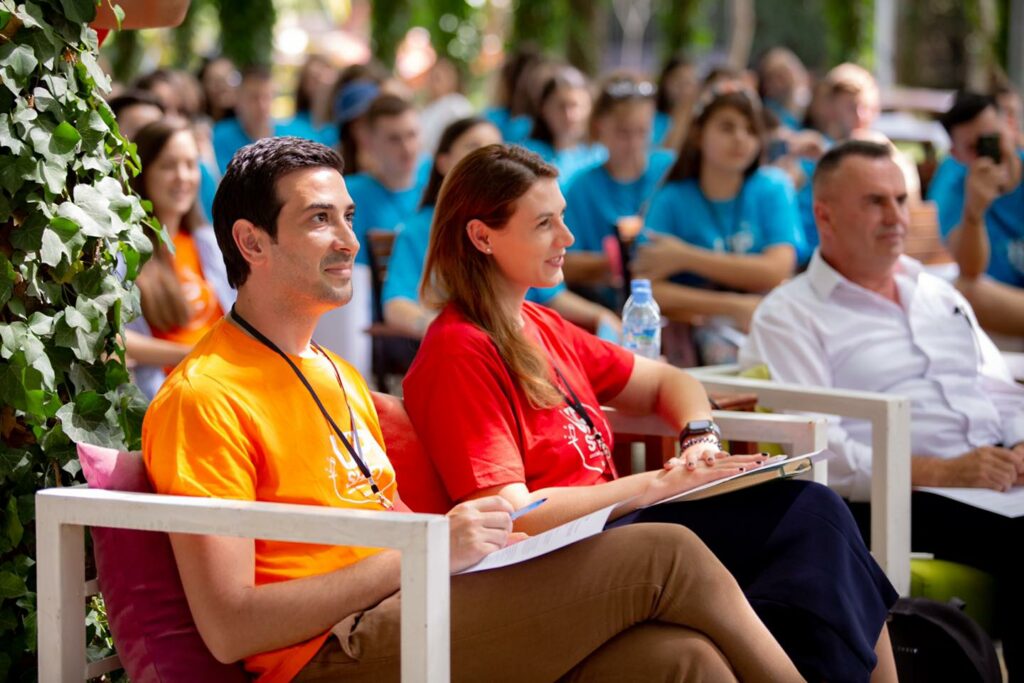 Happy Children noticed that the small village of Galata of Kurbin lacks a playground for children and they use the courtyard of the Catholic Church as the only entertainment environment. In order to make the children happy, they think that this will be achieved by completing the church park with some fun tools such as playgrounds, basketball hoops, parallels, etc. 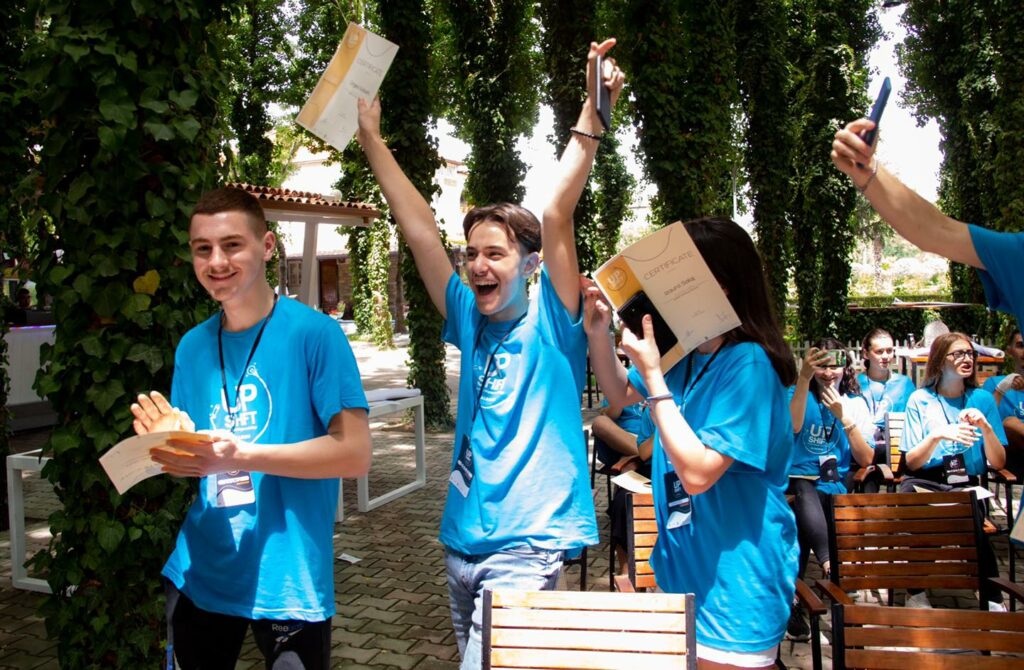 GROUP Socializing Inspire noted that the period of the pandemic and the development of online learning was another factor that affected the lack of socialization among the youth of the “Haxhi Qira” School. They think that the construction of this environment is an incentive for socialization among students, increased cooperation between them and consequently increase their productivity in learning and more. 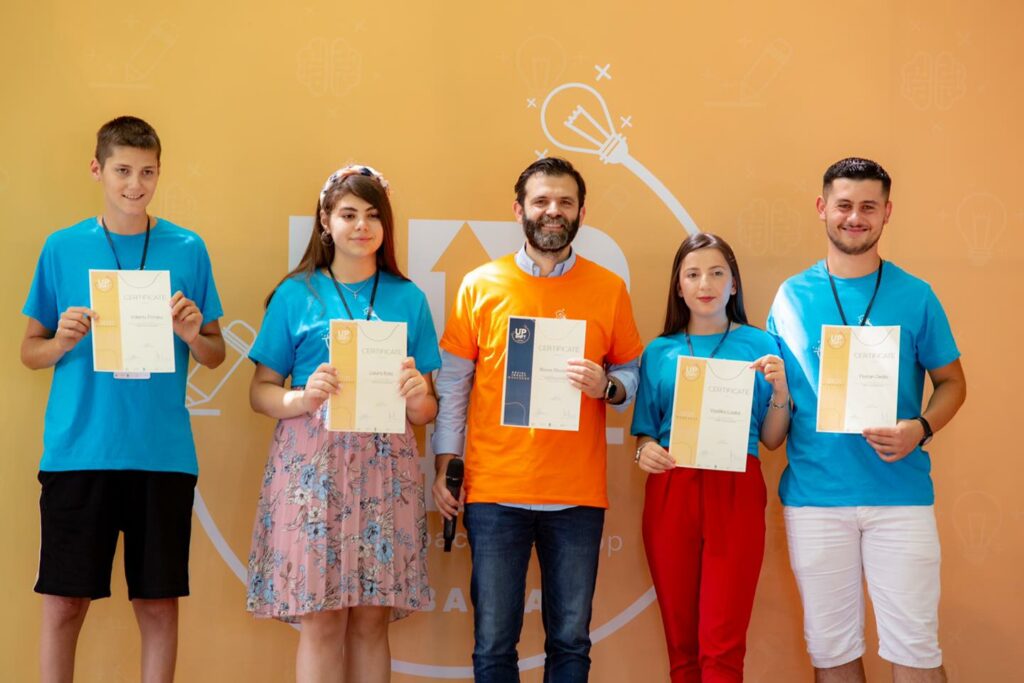 Browse the Future devised a podcast app that helps stream the book through listening. Through a simple Podcast account, all those interested can listen to audio of various literary pieces as well as students’ creativity. The podcast episodes will be preceded by information campaigns on social networks like Instagram and Facebook.