Overthrow of Laç, passes to the second round

Laçi qualified for the second round of the Conference League after defeating Podgorica’s opponents 3-0 in “Elbasan Arena”.

Kurbinas came after the 1-0 loss in Montenegro, but in the first minutes of the match it was seen that Laçi had come to qualify. Duro players missed some good chances in the first half, while the Montenegrins forgave 18-year-old goalkeeper Ivezic.

In the 60th minute, Deliu found the advantage goal for the Kurbins, raising even more hopes. Regular time ended in the advantage of a goal for Laçi and both teams went to the extras where Kurbinas dominated again, scoring two more times with Lushkja and Prenga who had just been activated on the field.

The team of Shpetim Duros thus qualifies in the second round of the Conference League while in the next phase they will face the Romanian team of Craiova. 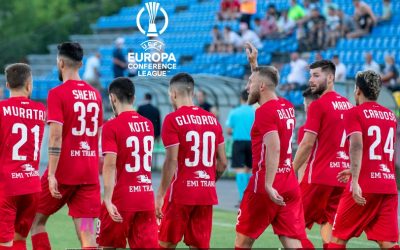