Elites can be brilliantly educated and consider themselves sophisticated, tolerant and liberal. But in reality they are desperately detached from the societies they run… Meritocracy, a revolutionary idea worth improving but not abandoning

Meritocracy, the idea that one’s place in society should be based on one’s individual abilities and efforts, is under strong attack. Its failures have opened the door to Brexit, Trump, Bolsonaro, Orban and other populist mutants.

The criticism is basically this: the beneficiaries of meritocracy, not only enjoy the fruits of a high quality education and very good salaries, but they are arrogant, confident of their virtue and superiority. They believe that they are winners not because they are lucky to have had the “right” genes or because they had great support from their parents, but because they deserve to be winners. Elites can be brilliantly educated and consider themselves sophisticated, tolerant and liberal. But in reality they are desperately disconnected from the societies they run.

And here comes the counterattack. Adrian Uldridge sees meritocracy as a revolutionary idea worth improving, but not abandoning. It examines 2,500 years of human history, observing many societies and cultures, to remind us that relatively until recently talented people were almost always a matter of no interest to rulers.

In a recent article in The Economist, Uldridge also analyzed the contemporary political superiority of the idea, arguing that if British Labor wants to win the election they must claim meritocracy in order to dispel the perception that this party is captured by “renewed equity”.

Of course, Uldridge understands why meritocracy has become so unpopular. He is the latest in a long line of analysts to talk about the importance of the failures of the Iraq war and the 2008 financial crisis. 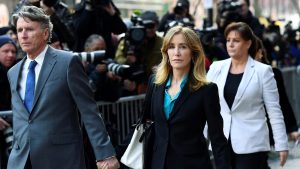 In both cases, it was not just politicians who failed or were shown to be unreliable, but well-known intelligence and banking experts. Meritocracy had also begun to be attacked during Donald Trump’s rise to power, the Brexit incident and the Yellow Vest protests in France.

In his book on education in 1762 “Emil”, Jean-Jacques Rousseau argued that if the right people climbed to the top (became experts), the popular masses would surely recognize their superiority and turn to them. those for leadership.

In fact, Rousseau was writing during the old monarchical regime, when the most talented were nowhere at the top, but his is a view on meritocracy, in which everyone would know the social hierarchy that the rule of the talented would produce, and everyone would benefit from this.

Rousseau is just one of many philosophers – including Plato, Aristotle, Confucius, Erasmus, Voltaire, Mill – whose writings on the subject are briefly summarized and sometimes analyzed in Uldridge’s book. Alongside philosophers there are countless politicians, theologians, scientists, academics, authors and activists.

For most of human history, a small number of men (they always were) who happened to have the right combination of other qualifications – land, titles, family ties – amassed all the power, money and status.

Of course there were exceptions: men, whose talent and fortune attracted the attention of a defender, brought them a good position and a lot of income. Uldridge gives us examples – among them Pope Gregory VII, the son of an ordinary worker; Thomas Wosley, son of the woman who traded wool; and Thomas Cromwell, the son of a blacksmith.

Even long after the Enlightenment and the American and French revolutions had overthrown feudalism, and given new importance to the concept of individual self-fulfillment, most talented people could not get what they deserved: because of gender, parents, wrong religion or race.

It took more time for the intelligence measured through the tests to become the main basis for position sharing. Uldridge rightly speaks of the Northcote-Trevelyan reforms in the British civil service among Victorian Britain, as a moment when the state gave meritocracy the importance it deserved.

Like anyone who writes seriously about meritocracy, he must respect the fundamental critique of Michael Young, who popularized the term in his 1958 dystopian book, The Rise of Meritocracy. Young people feared that meritocrats would become a separate class, that skill trials would be conducted on a very narrow basis, that for many losers it would be assumed that they were to blame for the failure.

And by putting equality of opportunity at the center, meritocracy would change the equality of outcome he sought. It also mentions the work of two great American philosophers and critics of meritocracy: “The Tyranny of Merit” beautifully written by Michael Sandel, published last year, emphasizes the abandonment of community virtues by meritocracy, and the immediate onslaught by John Rolls in his book A Theory of Justice (1971).

Roulls felt that people with high IQs did not deserve their success. According to him, talent is a morally arbitrary issue, and not a reflection of kindness. Even hard work no longer makes you deserve success, as the inclination to work is inherited.

This is a harsh view, and like Young, Roulls’s idea of ​​justice relates to limiting inequalities by failing to provide equal opportunities. Uldridge is a less radical figure. He stresses the need to reward the gifted, especially because of their self-denial and risk-taking.

Without incentives to achieve perfection, there would be fewer talented people and that would impoverish us all. But what is Uldridge’s recipe for meritocracy reform? It is not easy to identify.

He defends what is now seen as a conservative view of selective schools, “elite escalators”, but then criticizes schools like Eton, Winchester, Marlborough, for abusing their philanthropic status, abandoning poorer children and filled vacancies with children of the international elite. ”He recommends abandoning referendums, removing power from political parties, taxing digital platforms.