The International Monitoring Operation has come out against the decision of the Independent Qualification Commission, which dismissed the prosecutor of Tirana, Genci Qana, after he did not successfully pass the Vetting links.

According to News24, international observers point out that the dismissal of prosecutor Qana was not justified.

According to them, this departure does not restore public confidence in justice, as it is not proportional.

The IOM also states that the verification process is not intended to dismiss any prosecutor.

The Prosecutor of the Tirana Prosecutor’s Office, Genci Qana, faced in March this year in the Independent Qualification Commission with doubts about the legal source of some of his assets and denunciations for the cases he had investigated, including the termination of the investigation for a fatal accident. In work.

According to the financial analysis, Qana resulted in a negative balance of ALL 1.4 million for the period up to 2003 and over ALL 2 million from 2003 to 2016.

The report showed that KPC had not considered legal a loan of 5 thousand euros and 730 thousand lekë withdrawn from bank accounts for the purchase of a car for 14 thousand euros in 2012, creating a minus of 1.7 million lekë in legal sources.

Qana said he had “high regard for the process”. He claimed that the negative balances were due to some miscalculations by the KPC and demanded that his wife’s loan and income be considered legal, while seeking confirmation in office. 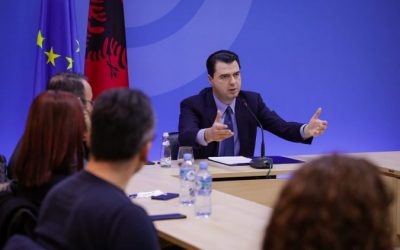