What do the Vatican archives hide? ..

For the Holy See, mystery and intrigue are more than natural. People will always ask, what are the religious authorities conspiring behind closed doors, what treasures are found inside the Vatican domes. Despite claims that the Pope possesses evidence of aliens and demons hiding in his catacombs, the truth of the secret archives is much closer to the real thing./Konica.al 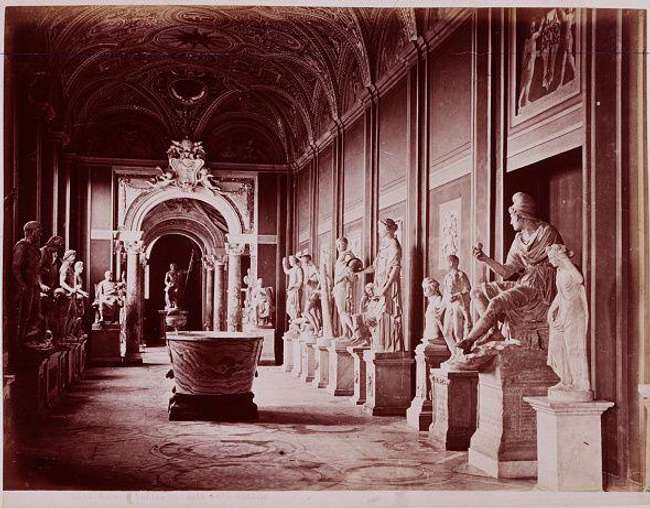 This is exactly what makes it so much more interesting. From handwritten letters from historical figures such as Queen Mary of Scotland and Abraham Lincoln to decrees excommunicating Martin Luther, the contents of the archives are enough to leave the scholar speechless. Yet it is this high-level nature that makes content look so fascinating is also what makes them so fanatically preserved. Indeed, it is not the alien evidence that the Vatican stands out of the public eye, but rather the documents that can prove that the Church was complicit in the terror sponsored by Mussolini’s government and, perhaps, even in Hitler’s anti-Semitic massacres.

The truth behind the secret archives stems from the mistranslation from Latin. The current name of the Vatican archives is Apostolicum Vaticanum Archivum Secretum. “Secretum” in Latin does not mean “secret”, as some may guess. More precisely, it could be translated as “personal” or “private”. In fact, the archives consist of private letters and historical records of previous popes over four centuries. The archives were created by Pope Paul V. The Pope was clear about the historical significance of papal correspondence and knew that such documents had to be preserved. However, the 17th century was absolutely of the opinion that ordinary people should not be aware of the correspondence of kings and popes. So the archives were locked.

Scholars were allowed to view some of the contents of the archives only in 1881, with the permission of Pope Leo XIII. However, it was not at all easy for anyone to view the documents, moreover the procedure has not changed much over the last 200 years. First of all, journalists, students and amateur historians are not allowed access. Once the interested party proves that he or she is a very serious researcher, he / she is given the credentials that need to be renewed every six months. To access the archives, “researchers enter through Porta Sant’Anna, pass Swiss Newspaper, walk through Belvedere yard and present credentials ”(O’Loughlin, 2014).

Once accepted, scholars should ask, which specific documents they wish to review. They are only allowed to ask for three a day. So instead of browsing the contents of the archive, they should choose items from catalogs where the articles are handwritten in Italian or Latin. These catalogs are quite magnificent, considering that the archives contain “50 miles [80km] shelves and documents dating from the VIII century ”(Keyser, 2015).

“If in just a few minutes they realize that what they are looking for is not in the required files, they are forced to collect the luggage for that day – a challenge for long-term researchers or those who have traveled long distances” ( O’Loughlin, 2014). Computers are allowed, but not photography, so researchers spend most of their sessions in reading rooms keeping notes.

If a person is fortunate enough to have access to the Vatican Archives, he or she will be able to trace historical pearls such as:

– 60-meter-long manuscript scroll, containing the minutes of the Knights Templar trial, which lasted for several years, beginning in 1307.

– Inter caetera, the decree issued by Pope Alexander VI in 1493, which divided the world between the Spaniards and the Portuguese.

– A letter from Michelangelo to Pope Julius II.

– The prayer sent by Henry VIII to Pope Clement VII in 1530, requesting the annulment of the king’s marriage to Catherine of Aragon, which includes the signatures and seals of over 80 English lords and clergy (Pope refused).

– A letter to Pope Sixtus V from Mary, Queen of Scotland, asking the Church to intervene shortly before her execution.

– A letter to Pope Innocent X from the Great Hereditary Empress Helena Wang of China.

– A letter from Pope Clement XII to the Dalai Lama VII, seeking protection for Franciscan missionaries in Tibet.

– Letters from Abraham Lincoln and Jefferson Davis (both written in 1863, neither of them Catholic) in an attempt to get Pope Pius IX in favor of the Union or Confederation.

Pope Pius XII in league with the Nazis?

David Kertzer, a historian at Brown University, was able to examine documents from the reign of Pope Pius XII (1922-939) and concluded that the Pope “made an agreement with Mussolini to protect the Church’s interest in exchange for silence against anti-Semitism.” state-sponsored, a conclusion that contradicts Church statements ”(O’Loughlin, 2014). The groups pressured Pope Francis to make the contents of Pope Pius XII (1939-1958) fully available so that the world could finally know for sure whether or not he was involved with the Nazis./Konica.al

Some say he supported Hitler, or similarly the Church’s support for Mussolini, perhaps even more deeply. Others say the Pope worked against the Nazis and helped to hide Jews and other targets of Nazi aggression. “People talk, researchers talk. Are there things that are not being made available because they are seen as inappropriate from the Church’s point of view? ” – says Kertzer. “Again the Secret Archives are equipped with professionals, so there is an assessment of serious historical knowledge.” (O’Loughlin, 2014)

In March 2020, Pope Francis made available to historians “the basic documentation of the papacy of Pius XII”, stating that the church “is not afraid of history.” When researchers gathered this year in a webinar to discuss the evaluation of the archives so far, they said: “It will probably take years to evaluate the material that the Vatican has made available,” – according to National Catholic Reporter. […]

In 2012, on the occasion of the 400th anniversary of the archives, 100 documents were made available to the public in the exhibition “Lux in Arcana”. However, the tradition of granting permission to only about 1,000 researchers a year to access archives continues.

According to Pope Francis, the Vatican Archives are no longer “secret”, on the contrary they are “apostolic”. In 2019, he decided to change the centuries-old name of Archivum Secretum Vaticanum, The Vatican Secret Archives IN Vatican Apostolic Archives, because “in Latin as secretum (meaning secluded, private) and apostolicum (that belongs to domnus apostolicus, only the Pope) refer to the same reality, even legal ”.

The Pope made this decision based on the need to meet the modern “sensibilities” that often link the word secretion with the ideas of hidden mysteries and artifacts enclosed in vaults.

However, the Vatican Archives remain the Pope’s private archives – “depend only on him and his exclusive government” – as he states Vatican News”./Konica.al