US / Abandoned New Orleans Airport Terminal, where however everything still works

“The first thing you notice about New Orleans is the cemetery – one of the best things this country has,” wrote Bob Dylan in his 2004 book, Chronicles: Volume One.

The legendary American singer was not thinking about the abandoned terminal of the airport in New Orleans, Louis Armstrong International (MSY), but his words are certainly appropriate for today.

While not dead yet, the old MSY is currently stuck in quiet purgatory. CNN Travel went to explore. 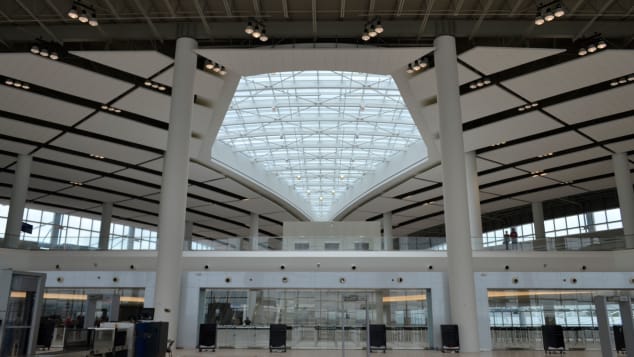 In November 2019, a few months before the coronavirus pandemic swept the world, New Orleans inaugurated the fantastic $ 1.3 billion airport terminal.

Architecturally speaking, the ultra-modern terminal designed by Cesar Pelli is an international gateway that may look more like Bahrain than Bayou, the Telegraph reports.

In its 20 months of operation, the new MSY has received praise from passengers and experts, with USA Today calling it “one of America’s three best airports in 2020”.

On the south side of the airfield, “The City That Care Forgot” has it all, but has been forgotten as an old terminal.

It was the noisy place of countless tourists who were making their trips, the embracing emotions of reunions and the farewells of passengers running breathlessly to make their flight.

The darkest and brightest period of the building was like housing the inhabitants during Hurricane Katrina.

The last passengers to use the terminal were those of the airline, Southwest Airlines, which was traveling to Tampa, Florida.

As the inauguration time of the new terminal approached, the work teams loaded the last piece of airline signage, computer terminals, concession equipment and TSA security equipment into an army of mobile vans – destined for their new home .

By midnight, the cause of the end of its existence, the curtain had descended on the South Terminal on Airline Drive, which suddenly became a ghost town.

Kevin Dolliole, a young Orleans native and director of aviation at the airport, has nostalgia for describing what it’s like when you leave the new 21st century airport lounge.

“My first flight was outside this facility when I was seven,” he says.

“And working here over the years, having all the memories in this facility it was really weird and almost sad to see him in a state like this,” he added.

A year and a half since it closed, he paid a visit to an old friend whom he had last seen on the last day of operation of the terminal. 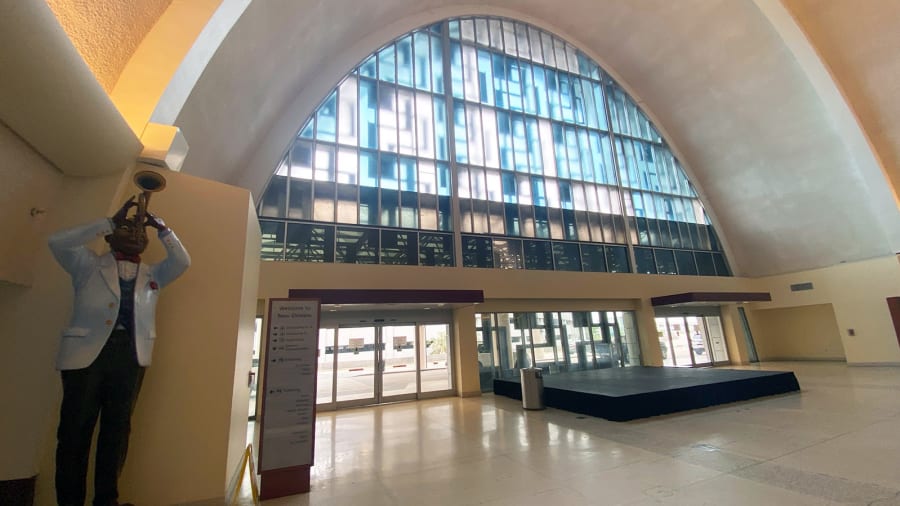 Instead, New Orleans, a city that honors its past, has temporarily cleaned and guarded the old city door – an execution stand, before it was unavoidable.

Where once stood the TSA checkpoint checkpoint equipment, unparalleled staff and passenger lines, it was now clean and empty space. The airplanes, though still intact, were ports for nothing. The bar and restaurant, Abita and Lucky Dogs, cleared the tables one last time.

The Satchmo sculpture, the nine-foot-tall portrait of Louis Armstrong, which topped the structure of the good parable, welcoming the masses of humanity, was still there. But his lively expression refuted the environment that no one welcomed, Telegrafi reports.

Except for a layer of dust, what was left behind was preserved almost perfectly. Surprisingly, there were announcements of canned airline public addresses that occasionally echoed “Curbside used for loading and unloading only.”

The afterlife of the airport

Most of the 1.2 million-square-foot terminal will eventually be demolished with the original 1950s-era departure hall while Concourse A and B will be demolished on 18-24 next month. This is not as easy as it seems.

Most of the building continues to be maintained and supplied with energy because the airport administrative offices, the emergency operations center, law enforcement offices and maintenance and carpentry shops remain here; and will for some time. Their movement across campus was delayed due to the pandemic.

The airport director says with a laugh that he “tried to persuade the producer to put data in my office, but they did not finish for him”.

In May 2021 it also became a temporary skating rink when skating teams from all southern states gathered for a skating rink as part of the Red Bull Terminal Takeover. 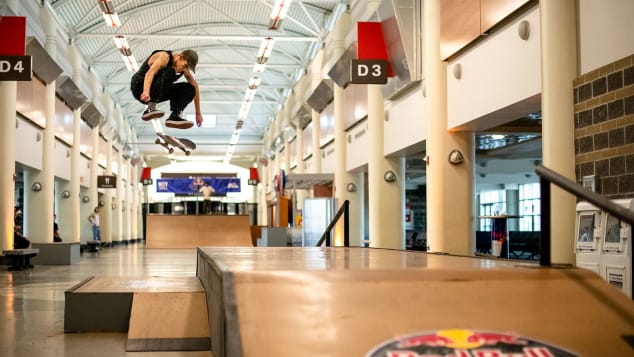 In fact, part of the terminal will be preserved and restored, including the iconic 1959 parabolic dome structure. Parking structures and rental car facilities will remain in place permanently.

For those interested in owning an old ticket counter, a luggage search carousel, gate chairs; there is likely to be a public auction.

Yes, history has proven that there are indeed enthusiastic buyers for these vacancies. Just check out eBay.

With a small enclosed area of ​​1,700 hectares, redevelopment of the current terminal trail is essential to the economic future of the airport and the region. The airport is in the midst of a 20-year master plan seeking to redistribute that real estate space for hangars, cargo, a logistics hub for companies like Amazon and UPS, and even light rail.

As he oversees the long and slow farewell of the old MSY, Dolliole knows the time has come, despite his love for her.

“The new type of terminal makes you forget the old one. I just sold a car I owned and loved for 13 years. I almost cried when I left her. “But the first time I ran to replace it, I forgot everything about that old car.” 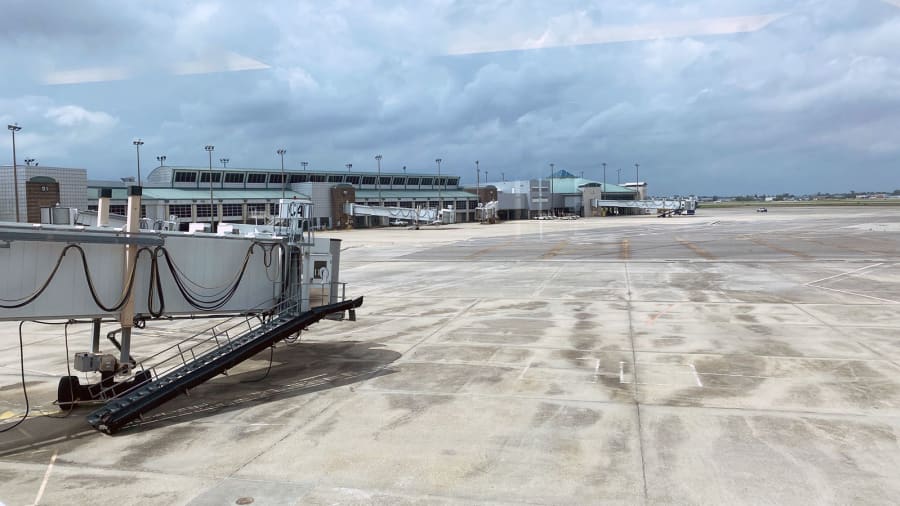 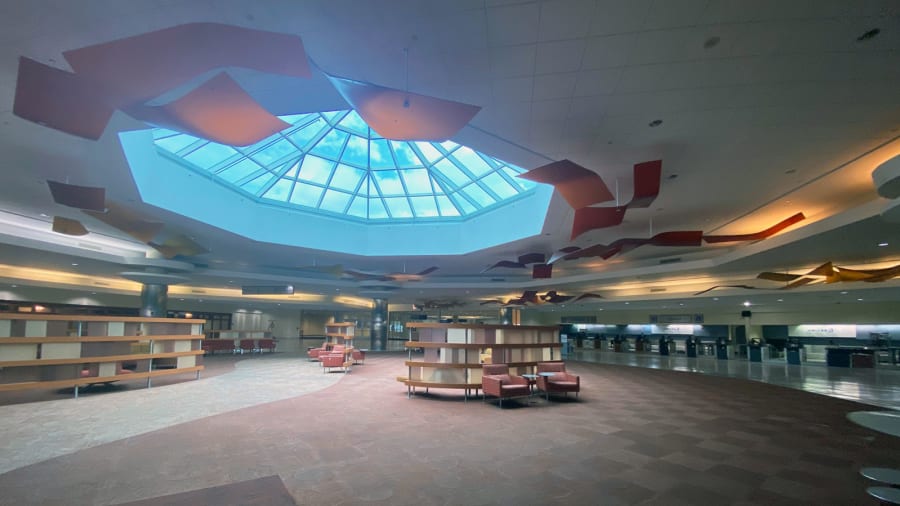 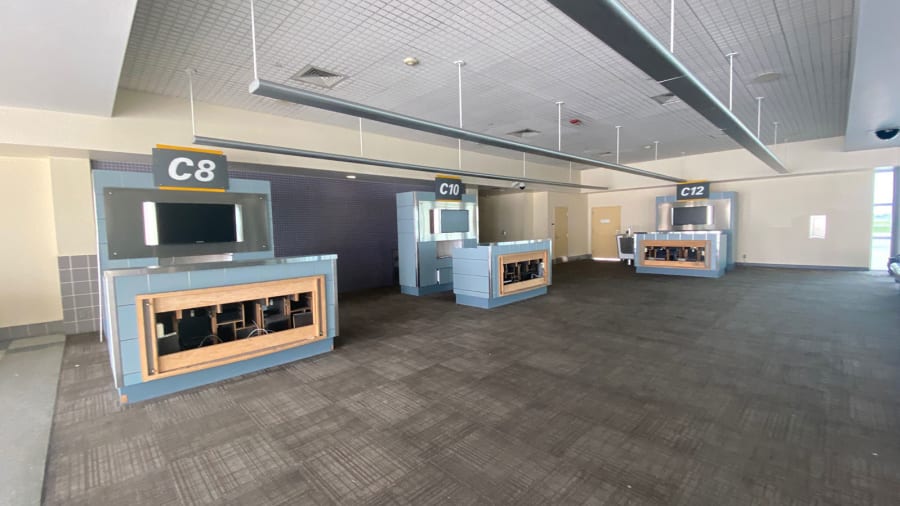 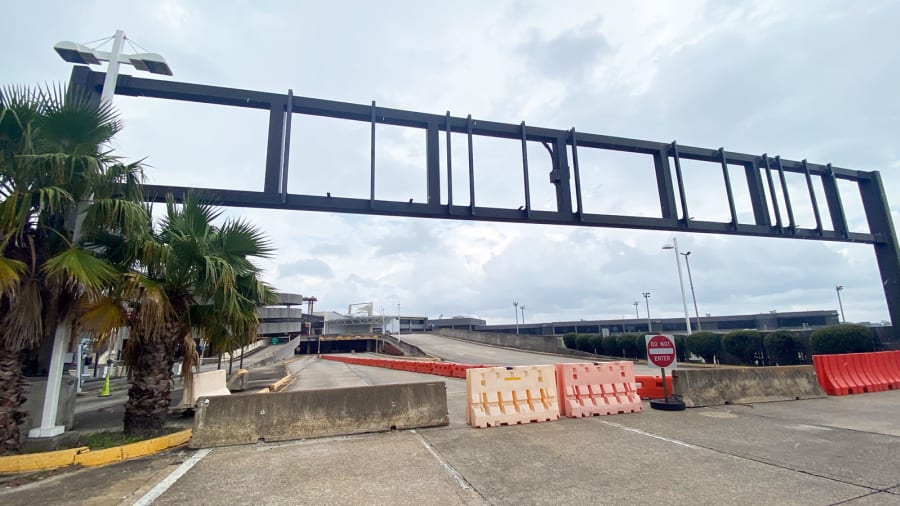 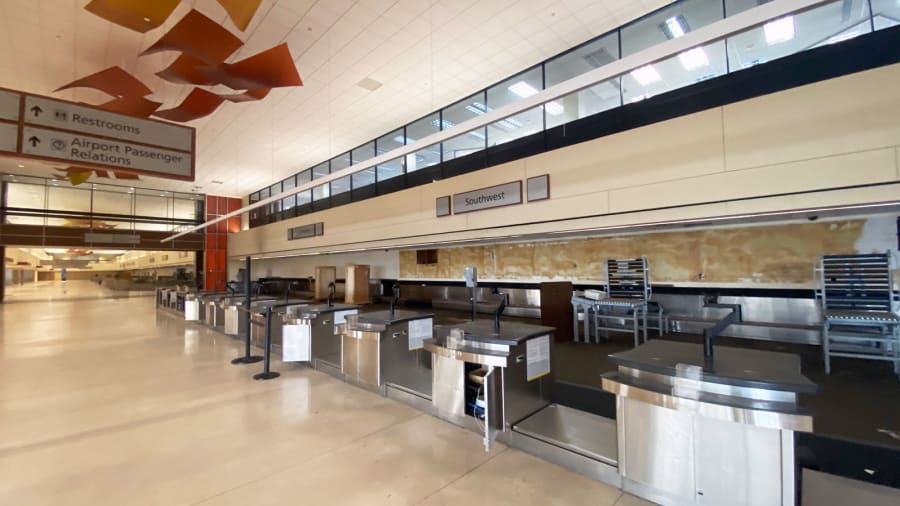 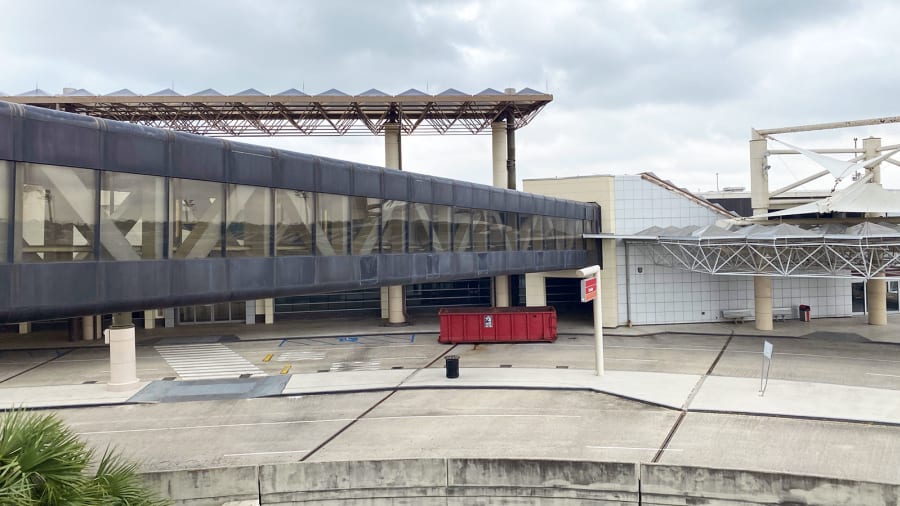