“Maradona Super Cup” will take place. All that was lacking was FIFA approval, and it has just arrived. The date to be determined does not seem a problem.

The idea of ​​a challenge between the two national teams that have won the European Championship and the America’s Cup came as an idea after the last penalty executed at “Wembley” for a suggestion of a challenge between Italy and Argentina.

These two countries have characterized the career of Diego Armando Maradona, to play in Naples, his second city. The date remains to be decided, December 2021 or January 2022.

The Argentine sports celebrity Diario Olé loves the creation of the Supercopa Maradona which turns out to oppose Argentina & Italy. pic.twitter.com/GT0s1nMU3F

It is no coincidence that the trophy will be called the “Maradona Cup” and will take place in the stadium of Naples, which immediately after the death of “El Pibe de Oro” the stadium “San Paolo” was named “Diego Armando Maradona”. 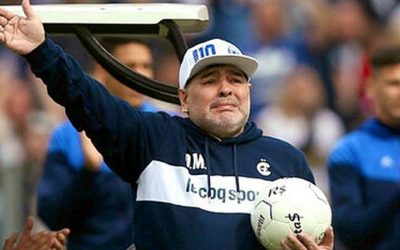