25 players were activated, the champion scanner

Italy at Euro 2020 was the only team in which 25 players were activated out of 26 in total. More precisely, only the third goalkeeper Meret did not place his foot on the field among Mancini’s crowd.

All were important as long as they were activated. Not only were they declared champions, but there were 5 Italians in the UEFA lineup, while the best of the turnout was declared Donnarumma. We are analyzing them one by one…

FRANCESCO ACERBI – Three appearances, two in a group and a “marathon” against Austria in the 1/8. After the duo Bonucci-Chielini is the first replacement. Finished the tournament with 95% of accurate passes, 166 out of 174. 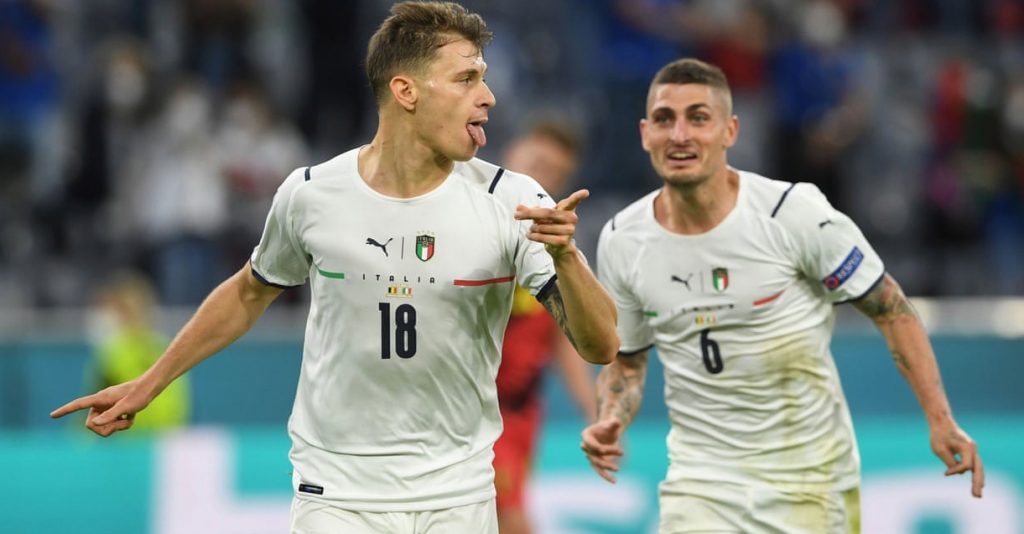 NICOLO BARELLA – A goal for Belgium, just one game where he missed (against Wales to breathe), almost 60 kilometers covered during the European Championship. Now you can turn off the engine and enjoy the holiday.

ALESSANDRO BASTONI – 90 minutes against Wales to enjoy the thrills of the Italian jersey. The future, if he continues the growth shown during this season, is his, seeing the age of those who precede him in the national.

ANDREA BELOTTI – He did not set foot on the field only against Switzerland, in the rest he has always been present. The wrong penalty in the final against England is forgotten, nor will it be remembered.

DOMENICO BERARDI – He started it hard, causing Demiral’s own goal in his debut against Turkey and serving Locatelli as the 1-0 goal assistant against Switzerland. Then, after Austria, it ended up on the bench and turned into a reserve. Scored the penalty against England. 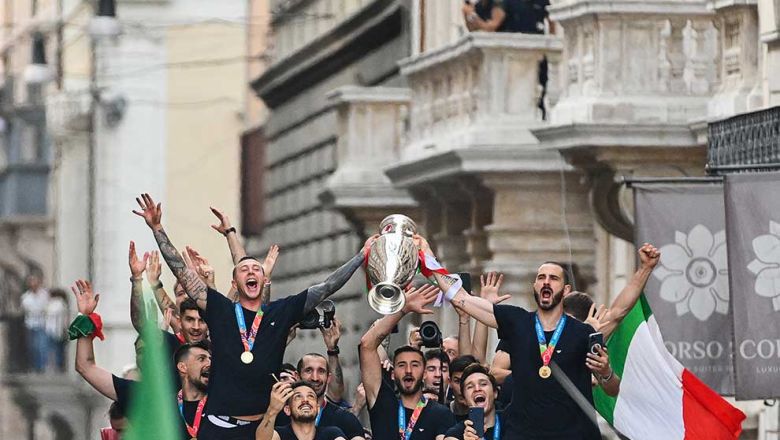 FEDERICO BERNARDESCHI – Only against Wales did he sing the anthem from the beginning. He then scored from the penalty spot against both Spain and England. It is the concept of concretization.

LEONARDO BONUCCI – Missed 45 minutes against Wales and so on. The goal that sent Italy in extra time and then in the penalties against England has a special weight. At the peak of his career. It is one of the symbols of this national team.

GAETANO CASTROVILLI – Three minutes against Wales and less than a mile traversed. However, for someone gathered the day before the start of the tournament coming out with the medal on their neck is worth more than any statistic.

GIORGIO CHIELLINI – Defining a cigar protector. He raised the cup under the sky of a “Ëembley” and reminded everyone how to reach those levels without technical purity. However, with the personality of a model player. Two crucial episodes beyond the cup: the choice of penalties with Jordi Alba in the semi-finals and the foul on Saka a few moments before the penalties. 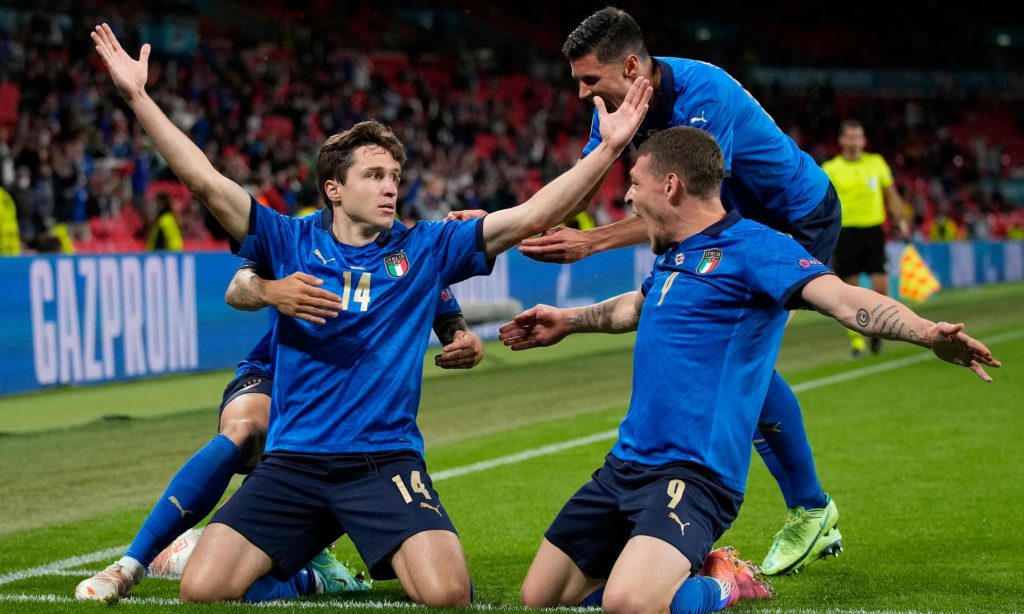 FEDERICO CHIESA – Like his sprints, no one in this Italy. He scored for Austria and Spain, represented the dribble player of this national team. It has grown to the point where it is a title almost irreplaceable from the quarterfinals onwards.

BRAYAN CRISTANTE – Maybe his contribution has been underestimated, but Brayan stood to see only against Spain in the semifinals. In other matches Mancini has always used him: never as a starter, but as the first substitute in the final of “Wembley” where with his incursions he caused headaches to the English.

GIOVANI DI LORENZO – In four years it has climbed from Serie C to the “paradise” of Europe. Even for this reason it deserves praise, despite the ease in reading the English attack on Sha’s goal. Solid.

GIANLUIGI DONNARUMMA – The best player of the tournament. That would be enough to show his month around Europe. He received the award from Ceferin almost surprised before he lifted the cup and after receiving the penalties Sancho and Saka. 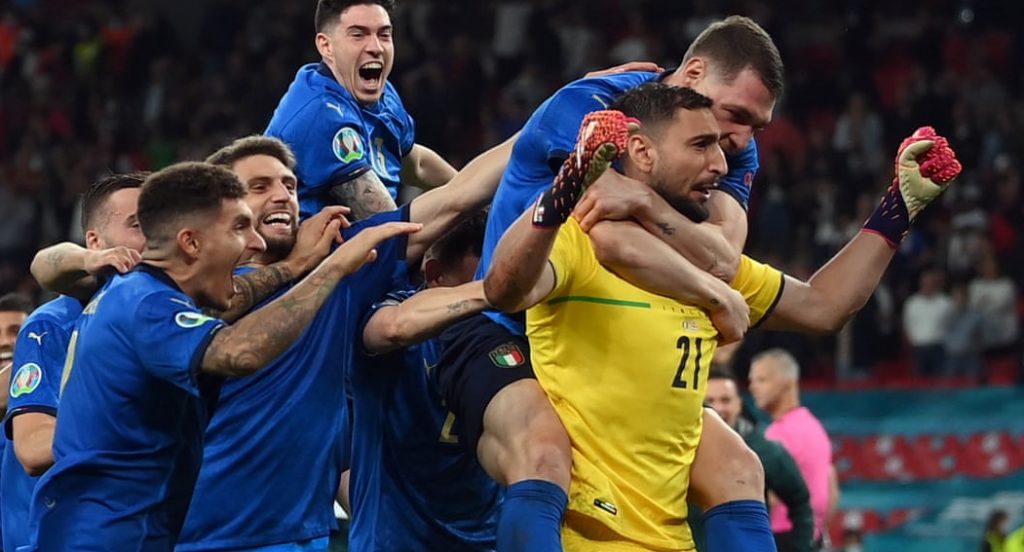 EMERSON PALMIERI – “Benefited” from the injury of Spinazzola to get the left wing against Spain and England. Covered his area efficiently.

ALESSANDRO FLORENZI – Heading with Turkey on debut, a pulp concern took him off the field until the extra with England. Who knows if he would have taken a penalty in case of need…

CIRO IMMOBILE – Two goals in the first two matches (Turkey and Switzerland), then a series of criticisms from which he defended quietly and without controversy on the field. The “Golden Shoe” and the European title are, however, the successes that speak for themselves.

LORENZO INSIGNE – His corner kick really only worked against Belgium. However, well that way, LorenZo scored two goals on the road and number 10 on his back made sense.

JORGINHO – Had he scored the penalty against England, he would be the number one candidate for the “Golden Ball” today. It remains a fantastic European of its own: in terms of quality and continuity. He risks the red in the final after the intervention against Grealish, but he will not be remembered for that intervention.

MANUEL LOCATELLI – Double Switzerland, a big step. Mancini then decided that Verratti has something more than him for direct matches.

ALEX MERET – The only Italian who was not activated: third goalkeeper, is not a scandal. However, it is in the national with merit.

MATEO PESSINA – Four appearances and two goals. Intelligence above the average applied in football. If he did not play more often, it is because Italy in midfield has a consolidated department. 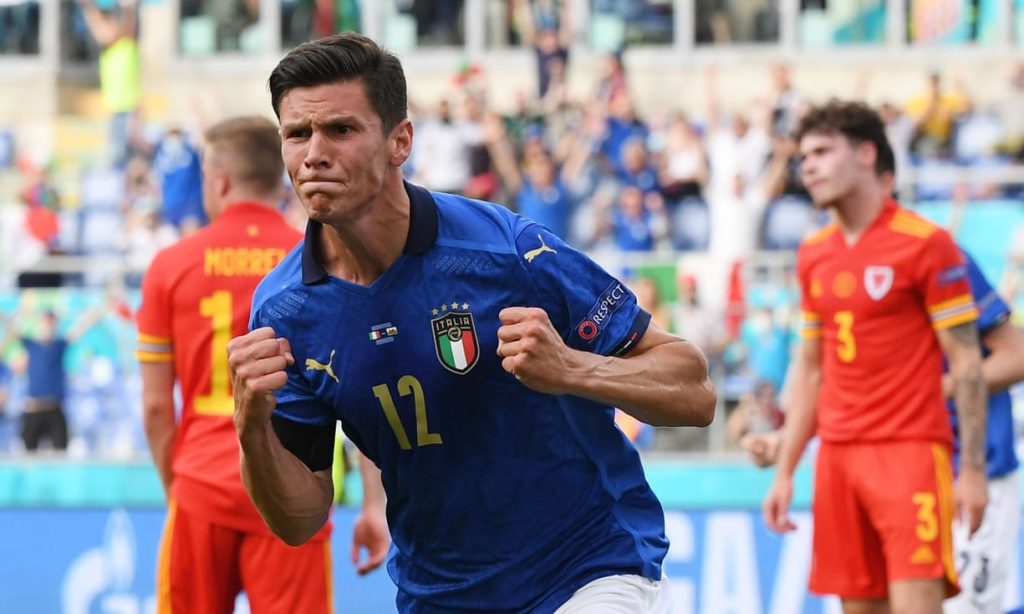 GIACOMO RASPADORI – In the end, Paolo Rossi of 2021 did not turn out. “Speaks” with only 15 minutes against Wales, will have time to be the protagonist.

SALVATORE SIRIGU – When ManCini activated him with Wales in extra time, he was not believing it. He was excited. Icon his speeches for Donnarumman before the penalties with Spain and England.

LEONARDO SPINAZZOLA – The injury suffered by Belgium removed from the competition one of the best players of all Europeans.

RAFAEL TOLOY – Four presences, only one as a starter. And a polyvalence that Mancini found necessary.

MARCO VERRATTI – The only one of the injured that Mancini received. There is a reason. He started by watching, he finished by playing (starter 5 times in a row). Crucial to play alongside Jorginho. 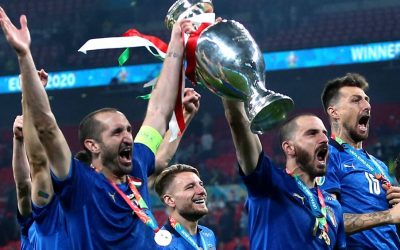