Leonardo Spinazzola wrote a letter to his teammates at the Italian national team before tonight’s Euro 2020 final against England.

The 28-year-old suffered an Achilles tendon injury in the quarter-finals against Belgium and could not help the team in the semi-finals and final.

He has already undergone surgery but has traveled to London with the team and will be in the stands at Wembley Stadium to cheer for the Azzurri.

Italian newspaper La Stampa has published a letter from the defender of Rome, which he sent to his teammates.

“If I were to go back in time, I would run for the ball again. I would do it 100 times again, trying to win the opponent one meter and move the game to our side. “It’s nothing special, these are the rules of the Azzurri”, Spinazzola initially wrote.

“After all, you only cross the border if you are ready to give your soul for your teammates. The injury drove me off the field, but could not separate me from the group. “My son Mattia, who is only three years old, realized that his father could not stay on the sofa at home to watch today’s match.” 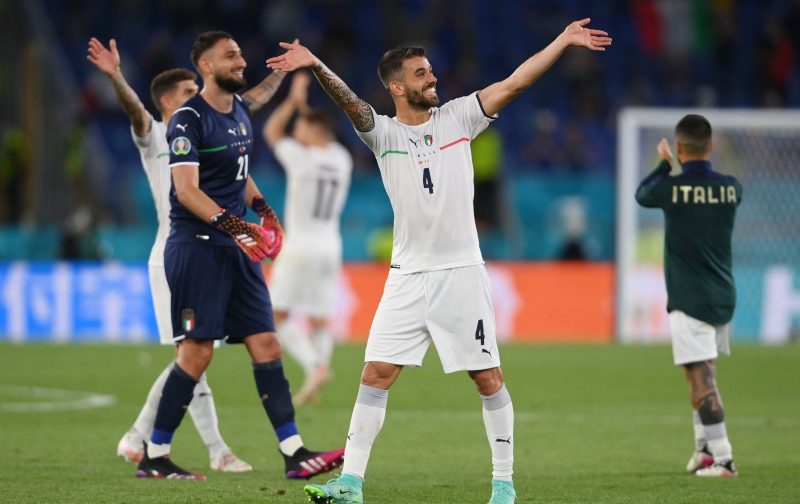 “I’m excited, I can not hide it. When I got on the plane, I felt like I had been reborn a bit. After a few hours, I will be on the field with my teammates and in the stands with the rest of the country. “It could have been better, but it could have been even worse.”

“We have the last battle of this European at Wembley. A tour that I will keep inside forever. “From the magical nights of the Stadio Olimpico to the temple of football, we have come a long way.”

“In my case, fate has added a few more miles to this journey: a phase of suffering in Finland, to fix the Achilles tendon.”

“I am ready now. I feel like I still have so much to give. “I will be back on the field in a few months, but I like to think that tonight we will all run together.”

“I play with the idea of ​​seeing Bryan Cristante, the first team-mate who comforted me after the injury, raise something more meaningful than my head. “Here we are Forza Azzurri!”, The Italian defender concluded his article.