Other details come to light from the assassination of Haitian President Jovenel Moïse. According to the sources of the Colombian newspaper ‘El Tiempo’, it is said that after the murder of the 53-year-old and the wounding of his wife, his guards are hiding.

On Friday, Steven Benoit, a prominent opposition politician and former senator, told local radio station Magik9: “The president was killed by his guards, not by Colombians.” Meanwhile, a report in the Colombian magazine Semana, citing an anonymous source, suggested that former Colombian soldiers had traveled to Haiti after being hired to protect Moïse, who had received death threats.

‘El Tiempo’, referring to the source, writes that security footage from the presidential compound showed that Colombian operatives arrived at the scene between 2.30am and 2.40am on Wednesday. “This means that they arrived an hour and a half after the crime against the president,” the source was quoted as saying.

The Haitian Senate has appointed Joseph Lambert, head of the upper house of Congress, as interim president following the assassination of President Jovenel Moise earlier this week.

Lambert’s coming to power plunges the country into a state of extreme political uncertainty.

The move undermines the authority of Prime Minister Claude Joseph, who has declared himself a leader with the support of the United States and the United Nations.

Joseph demanded that the UN and US send troops to help secure the country’s port, airport and other strategic infrastructure after Moise was killed Wednesday by a commando unit of 28 gunmen.

Eight senators signed a resolution according to which, it is said, Joseph was removed from office on Monday with the last decree signed by Moise before his assassination. The president has appointed Ariel Henry to be Joseph’s successor.

“Claude Joseph is not the prime minister. “He is part of my government,” Henry told the media.

Lambert will take over as president of the state until February 7, 2022, when Moise’s term ends, and his first task will be to organize elections, according to the resolution.

However, debates have erupted in the country over whether the Senate has the authority to appoint the president.

The Senate has not been allowed to make decisions due to the current lack of a quorum.

The House of Representatives, or lower house, and two-thirds of the Senate were scheduled to be renewed in 2019, but the election was postponed due to political instability. Congress closed, causing Moise to rule by decree for more than a year. 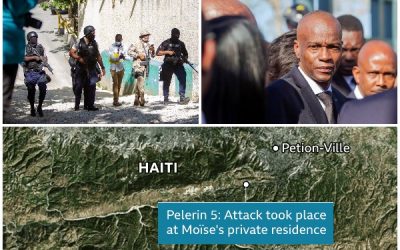 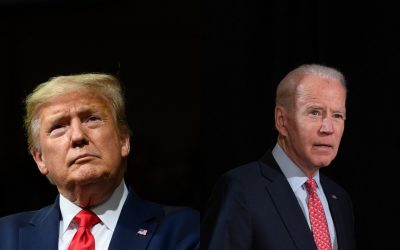