Djokovic without limits, triumphs at Wimbledon as well

He knows no bounds and does not stop winning. Serbian tennis player Novak Djokovic was announced today the winner of the Wimbledon grand slam, after the 3-1 upset triumph in the final (6-7, 6-4, 6-4, 6-3) against the Italian Matteo Berrettini.

This is Djokovic’s No. 20 triumph in a grand slam, equaling the record of Rafael Nadal and Roger Federer. A difficult victory of the Serb, who, although he was the favorite, suffered a lot against the Italian, who for the first time appeared in the final of a big tournament.

He duel hard in all four sets but lacked experience in such challenges. Although he managed to win the first set, after a major upset, he was unable to maintain that pace until the end.

In the other three sets, Djokovic manages to win a “game” with the services of the opponent, enough to win the game after 3 hours and 30 minutes of play. A big celebration for the Serb, who has won all the grand slam tournaments this year. 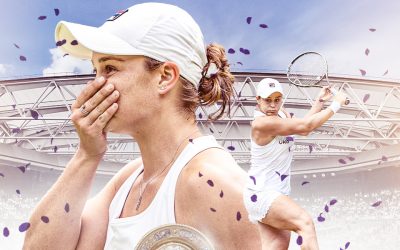