Barack Obama has almost a list of favorite books and songs

Former United States President Barack Obama has published on social media the list of his favorite summer songs and has also shared his heart books. 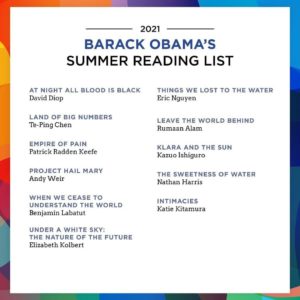 In terms of music, the 59-year-old has decided to do a ‘mix’ of old and new songs by famous artists.

He adds that he has selected some songs that he is listening to more recently, including Rihanna’s “Desperado”.

“Pick up your feelings” by Jazmine Sullivan, “Switch it up” by Protoje and Koffe, “My sweet Lord” by George Harrison, “Leave the door open” by Bruno Mars and “Frozen” by Sabrina Claudio – are also among the songs Obama’s other favorite. 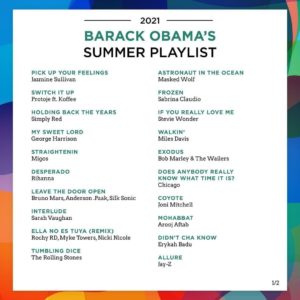 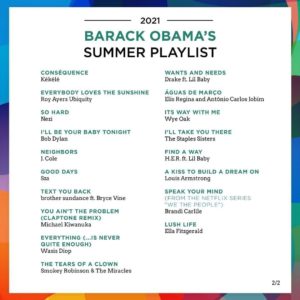 Recall that the new project of Barack and Michelle Obama has to do exactly with the world of film. The duo have previously announced that “Netflix” will bring the TV series entitled “We humans”. The animation will have 10 episodes lasting 3 minutes each, which will be in the form of music videos.

This series is described as “a call to action for all young people and to redefine the concepts of” power and citizenship “in a modern world”. The premiere will be on July 4, US Independence Day.