Chancellor Angela Merkel’s visit to Washington is of practical importance: she is expected to contribute to the revival of US-German relations. At the same time the visit speaks to its symbolism. It highlights the way the Biden administration is approaching the world today, as well as President Biden’s strategic ranking of US allies.

President Biden has so far invited to Washington the leaders of those countries where the US has the largest number of US troops stationed in the world. More U.S. troops are stationed in Japan, then in South Korea, and then in Germany. Biden has so far invited the Prime Minister of Japan and the President of South Korea. He is now inviting German Chancellor Angela Merkel.

The first two invited leaders are key US allies in security architecture in Asia. There, the US sees itself in the face of China’s “extreme competition,” as Biden put it. And from Europe and the EU, Biden is expecting the first German chancellor.

The July 15 visit was described by the White House as a “working visit.” It will discuss everything from pandemics and climate to international security and well-being.

Some European analysts see Merkel’s visit to Washington as evidence of a new Berlin-Washington axis. They are convinced that President Biden has chosen Germany as his favorite address in Europe.

Will a Berlin-Washington axis shape politics in the future?

A Berlin-Washington political axis is possible. It would be a welcome development, not only from Albanians in the Balkans. However, at the moment both the US and Germany are at the stage where they are striving for a fresh start in bilateral relations. At a recent press conference (June 23), Chancellor Merkel said that in Cornwall, at the G7 summit, in the meeting with President Biden, she had found a basis to act together on the geopolitical challenges in the world. Among them she mentioned Russia and China. But she had also discussed with Biden which alliances could be formed. 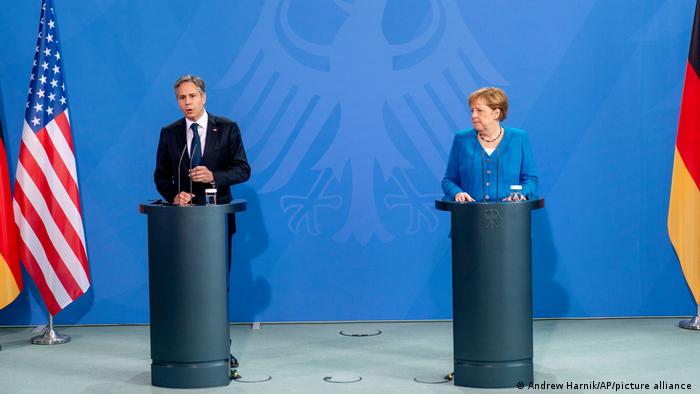 “The United States has no better partners and better friends than Germany,” recalled US Secretary of State Antony Blinken during his introductory visit to Germany (June 23). In the last six months, President Biden has tried to repair as much as possible the distortion caused by the Trump administration, in relation to Germany. The US not only stopped the withdrawal of American troops from Germany, imposed by Trump, but even increased the number of soldiers in Germany.

Second, the US lifted US sanctions against the Nordstream 2 pipeline and imposed no further sanctions. The US State Department said this was in the interests of US “national interests” and relations with Berlin.

President Biden stated in late May (May 26) that he has been against Nordstream 2 since the beginning and is against it. But now this project is almost over. Biden argued that sanctions would have been “counterproductive” to relations with Europe.

Third, Biden has appointed an academic as the new ambassador to Germany: the president of the University of Pennsylvania, Amy Gutmann. Professors and academics are generally highly regarded in Germany, and the future Ambassador Guttmann has been well received by the German media. The US had a tradition of sending representatives of academia to Germany when they were interested in strengthening relations with Germany. Former Harvard University President James B. Conant was the first U.S. ambassador to Germany shortly after World War II. 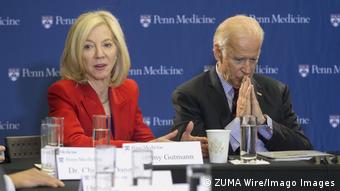 Amy Gutmann is expected to become US Ambassador to Berlin

The US has changed its approach to Germany

What do Americans now expect in return from Germany? This issue can be shed light on after the meeting in Washington. However, the United States realized that strong pressure on an ally like Germany, though argued for by the Americans, was causing more deformation in the relationship. He managed to shake the connection with a secure US ally. President Biden’s de-escalation steps undoubtedly demonstrate his goodwill towards Germany. At the same time, they essentially eliminate some unnecessary anomalies in US-German relations.

From American troops in Germany, Germany benefits. But the US also benefits, using the multibillion-dollar military investment made for over 50 years on German soil. As for the geopolitical reserves for the Nordstream 2 pipeline, Germany will offer compensation.

Germany is today the largest economic and political power of the European Union. Germany remains really restrained in defending its interests militarily, unlike France or Great Britain. But its power and its role in Europe are undeniable. This means that with the return of geopolitics to international politics, it is no longer enough for Germany to deal with the Cold War mentality.

Germany’s sovereignty today is fully administered by it. The situation was different until the 1990s, when the stationing of soldiers of the victorious powers of World War II in Germany indirectly dictated a German (foreign) policy with borders. 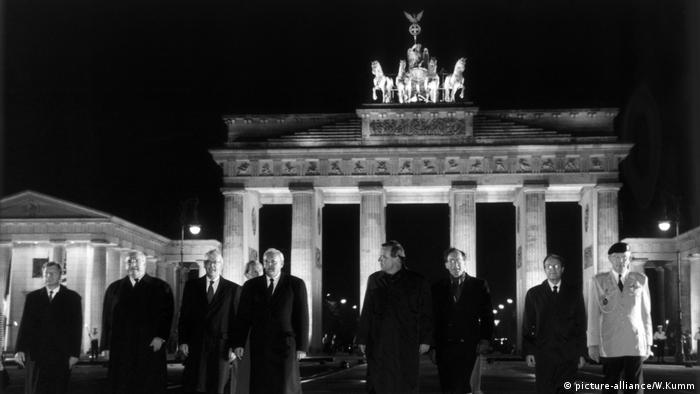 In January of this year (January 26), Chancellor Merkel reminded in a press conference with the US that there will be discussions, that “Joe Biden represents the interests of the US, and I represent the interests of the FRG. President Biden is aware of the reports. “It’s not that I can afford to let Germany do something or not,” Biden said in May, referring to Nordstream 2.

Perhaps to ask for more from today’s Germany, e.g. the impact that the European Union does not move closer to China, the US can take important steps for Germany. For example, to actively support the German candidacy for a permanent seat in the UN Security Council. As they recently stated that the British will do. The easing of some US trade sanctions against the EU, imposed by President Trump, may follow.

The US appreciates Merkel and thinks about the future

With the invitation in Washington, the US recognizes Chancellor Merkel for her role as a reliable and predictable partner in action, even in relations with the US, in her 16 years as chancellor. Angela Merkel will leave as chancellor in September. The White House now wants to set cooperation milestones for its offspring.

The US is aware of Germany’s leading role in EU cohesion. Germany has a key role to play in the EU’s stance on Russia and in advancing economic ties with China. President Biden said at the G-7 summit that he wants to strengthen relations with the EU. And finally, the Germans have been, since World War II, loyal allies of the US. They felt good under American protection, but they also did not question NATO, as it has done and does e.g. France. 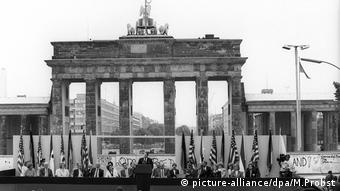 ‘European sovereignty’ and the US stance

For this the Americans have expectations towards Germany, even militarily. The concept of European sovereignty has not been elaborated in detail, how it will materialize. But it is a fact that since Trump’s presidency, there has been more and more talk of “European sovereignty” in the EU. Mainly from Germany and France.

Europeans want to continue working in this direction. Even after a populist comes to power in the US after Biden. In any case, in the EU several countries, among them, Germany, France, Spain and Italy have launched joint projects in the military field. The basis has also been laid for a common fund for the defense industry./dw