Silent model imi use of power! It is the immortal work of vice versus virtue…

Written in 1945, it remains the strongest and most extraordinary allegory in the literature of the twentieth century. XX; with the description, birth and rise of dictatorial regimes.

Orwell wrote the book, as the embodiment of the Bolshevik revolution of 1917, in Russia, but, like the great literary works, the allegory is all-encompassing and aims to become universal, for all regimes of all time.

“Come to the Theater”! This is the invitation to the public and citizens, and in these hot summer days. Saturday afternoon brings to the stage of the lake amphitheater, “Animal Farm”, by George Orwell.

The director of the National Theater, Hervin Çuli, the director Driada Dervishi and the actress Anila Bisha, have already presented to the media, as a preparatory phase for the spectators, impressions and details. They promise freshness to the public, these scorching summer days.

Çuli, emphasizes that a modern show comes and after a work with rhythm.

“Pleasure for the whole artistic community, that we open the season. We start with this work by Orwell, which Driada has given a musical look. It’s a modern show.

It is also a symbolism of Orwell himself. Animals are to give the message to the individual, in the face of power. It approximates man to animal instinct. It is a strong symbolism, allegory and strong symbolism “, – describes Çuli.

For actress Anila Bisha, it has been a very tiring show physically.

“We worked very little, in the table process. He did not accept the position for a long time. It was worth it, it is a wonderful work. I am convinced that it will be welcomed by the public. The work is very well known. It is put, in a special form. “It will be a pleasant evening for the public to come to these hot days near the forest,” she said.

While the director Çuli, adds that the rehearsals were also satisfying.

“This longing for the theater, as if it united us with each other. “We have worked hard,” he said.

The director of the show, Driada Dervishi, through the connection on “Skype”, shared other impressions and details.

“I hope it will be one of the most special shows. I worked with a very good staff. Time has been short, but it has been a premeditated job, to bring something different. It also comes as an opportunity and responsibility for the National Theater to return with a work of this magnitude. It is the only station where I can bring such a work. It is very difficult for a director to receive remarks or suggestions from another director.

A voice like Boyken Lakos, in a way, the soundtrack of the generation. Boyken has done a very nice cure of the show’s soundtrack. “I wanted to stop at Mia, Boyken’s mother, who trained the actors, because in this show, everyone sings,” said the director. 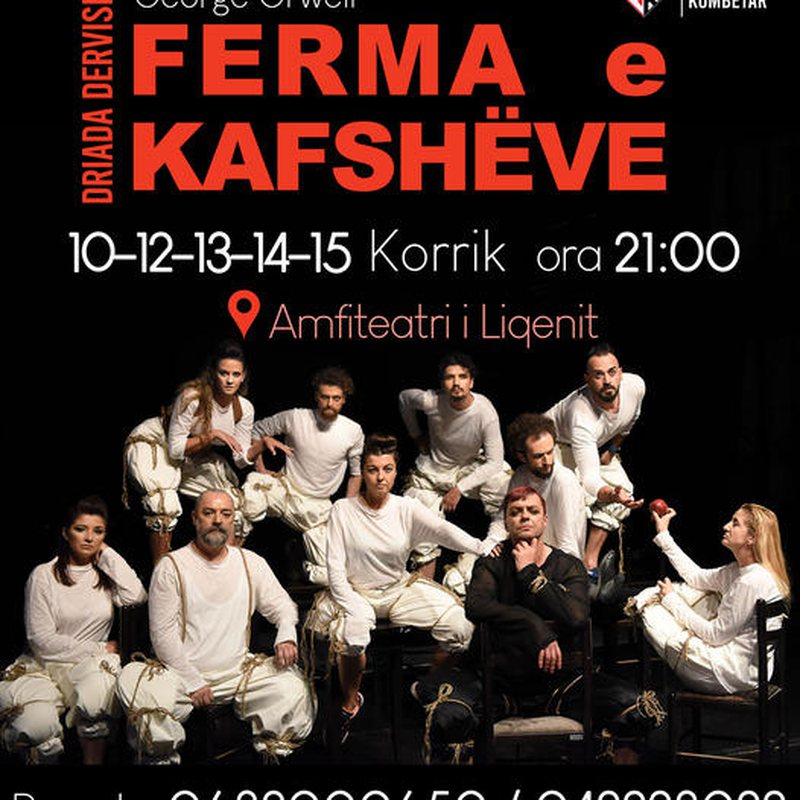 Dervishi further showed that we find many meeting points with the 50-year course of history in Albania and that, first, the work has tried to speak Albanian.