The year of the pandemic has somewhat reduced the weight of the largest depositors in the total structure of bank deposits. 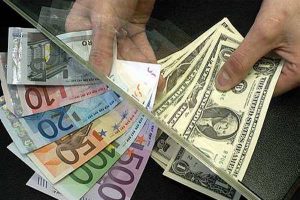 According to data from the Bank of Albania, at the end of last year, the ten largest depositors at the end of the year owned 5.2% of the total deposits of the banking system, compared to 5.51% in December 2019.

The same approximate shrinkage performance is observed for other groups of large depositors. The 20 largest depositors at the end of last year owned 7.19% of deposits, compared to 7.39% in 2019. While the 50 largest depositors held 10.42% of the total, from 10.47% they had a year earlier.

Last year bank deposits grew at the highest rates in the last decade. According to the Bank of Albania, at the end of 2020 they had a value of ALL 1.29 trillion, 7.8% more compared to a year ago. The general tendency for savings among Albanians, due to the uncertainty caused by the pandemic, that the increase in deposits is supported by a wider base of depositors. Consequently, this may have reduced the specific weight of the largest depositors of the system.

However, the values ​​possessed by these individuals (or entities) remain considerable. 5.2% of total deposits at the end of 2020 would translate into a value of about ALL 67 billion or about EUR 540 million in the accounts of 10 depositors. At the end of 2019, deposits owned by the 10 largest depositors were about ALL 65.6 billion. This shows that in value their deposits have increased, although their weight to the total has decreased. 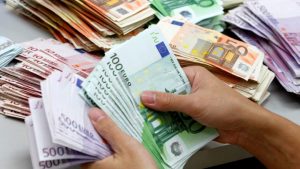 These figures show that the richest have continued to increase that share of assets held in cash in the banking sector.

A similar trend was confirmed by the annual report of the Deposit Insurance Agency (ASD), which showed that by 2020 about 101 thousand individuals (3.9% of total deposit individuals), owned the largest share of bank deposits. In total, their savings accounted for 56.8% of the total, increasing from the level of 56.5% they occupied a year ago./E.Shehu