In Brussels, for two days in a row, the delegations of Kosovo and Serbia met with the European Union’s envoy in the Kosovo-Serbia dialogue, Miroslav Lajcak, but no progress was made. Both sides accused each other of non-implementation of the agreements reached so far. EU Chargé d’Affaires, Miroslav Lajçak, the discussions of the delegations in Brussels which took place both separately and together. He called them substantive. “Extensive discussions on the elements of dialogue, past agreements, current issues and next steps towards the normalization of relations between Kosovo and Serbia,” Lajcak wrote on Twitter.

The Serbian side has not fulfilled its obligations

The Kosovar side, led by the Deputy Prime Minister of Kosovo, Besnik Bislimi, who is in charge of the dialogue, said that the meeting discussed the agreements reached so far in the dialogue and the remarks that the parties have regarding their implementation. “We have submitted our remarks on the agreements regarding Serbia’s steps so far, for example on the agreement on integrated border management, recognition of diplomas, freedom of movement, then the footnote agreement, as we have seen that the Serbian side has not fulfilled them. its obligations towards these agreements “, said the Deputy Prime Minister Bislimi.

On the other hand, the Serbian side headed by the director of the Office for Kosovo in the Government of Serbia, Petar Petkovic, said that the Kosovo side never mentioned the issue of missing persons or the formation of the Association of Serb-majority municipalities. “We have told them that the Association is a condition on the conditions if we want to go further. “The association means the realization of all the rights of Serbian citizens, because numerous incidents are just proof of how necessary its formation is,” said Petar Petkovic. According to him, Serbia has fulfilled almost all agreements within the dialogue and that the complaints of the Kosovo delegation were mainly related to technical issues of their implementation. Although Lajcak himself said earlier that the meetings of the Kosovo and Serbian delegations in Brussels are preparations for the next high-level meeting between Albin Kurti and Aleksandar Vucic at the end of July, the exact date of this meeting was not mentioned.

The association remains the dividing point

The issue of the Association of Serb-majority Municipalities continues to be the strongest dividing point in the Kosovo-Serbia dialogue. Serbia insists on the formation of the Association, but this is categorically rejected by official Pristina. The Prime Minister of Kosovo, Albin Kurti, has again stated that there can be no Association of Municipalities on ethnic grounds and according to him this is well defined in the 2015 ruling of the Constitutional Court. 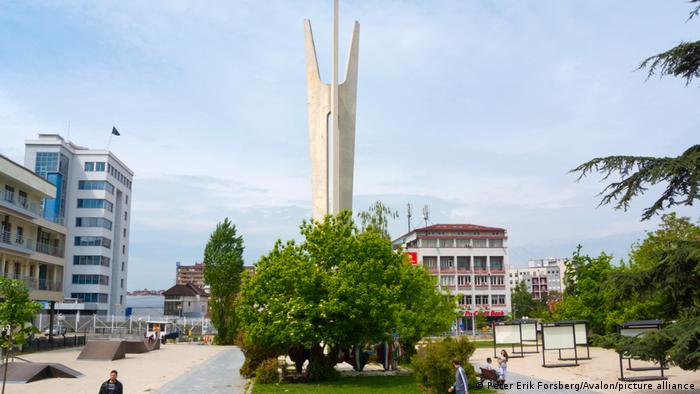 Finally, two days ago, the US Deputy Assistant Secretary of State, Mathew Palmer, said this in an interview with the Kosovar media Rtv 21. “The agreement on the Association of Serb-majority Municipalities is an obligation that Kosovo institutions have taken and should implement “, said Palmer, emphasizing that” there are mechanisms through which Kosovo can resolve this issue in accordance with its Constitution “. DW