Beautiful Italy sets a record from the start

The first match of the European Championship ends. Italy defeated Turkey 3-0 in the opening match of Euro 2020. After a first half closed in a goalless draw, “Axurrët” have secured the first three points in Group A in the second 45 minutes.

Olimpico’s challenge was unlocked in the 53rd minute by an own goal by Demiral. This was also the first time in the history of the European that the first goal of the championship was an own goal.

In the 66th minute, Immobile doubled for Mancini’s team, scoring his first goal with Italy in a major competition (Europion / World). The third and security goal for “Axurrët” was scored by Insigne in the 79th minute.

For the first time in its history, Italy has scored three goals in a European Championship match. Really surprising, when he is one of the contenders in almost every event. 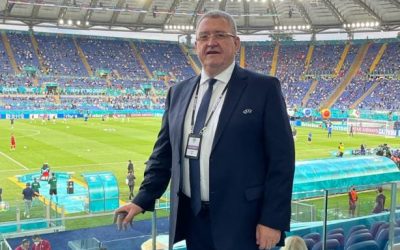