For Euro 2020, postponed for a year, and eagerly awaited by sports fans, a spectacular ceremony was organized, starting with the hospitality before entering the stadium.

Those who waited for the fans before passing the doors to the plant knew two of the icons of the football player from the capital, Francesco Totti and Alesandro Nesta, respectively the former captains of Rome and Lazio.

At the same time over their heads and over the sky of the stadium “Olimpico” passed quickly and with acrobatic movements “Tricolor Arrows”, the military team of the air force, which painted the sky with the Italian flag.

Meanwhile, on the field of play there was no lack of music band of the Italian State Police, with the historical uniform, who while playing their notes, saw at the same time the rise of 24 giant balls in the sky, in which is the symbol of each national team participating in “Euro 2020”.

Also present was Andrea Bocelli, who sang Turandot’s aria, “Let no one sleep”, while the 24 giant balls created a single ball, as a symbol for the united home of “Euro 2020”, during this still difficult period for the world , before multicolored fireworks exploded in the sky, on the roof of the “Olimpico” stadium.

EURO 2020 Opening ceremony at the Olimpico in Rome! 😍# EURO2020 pic.twitter.com/ADcB2yZZIE

But, ceremony with that, because a football tournament can not start even without its “anthem”, “We are the people”, a song created was sung by Martin Garriks, Bono and The Edge, who performed virtually , thanks to the supermodern technology amplified, combined with the emotions of fans in many countries around the world, unanimously giving start to “Euro 2020”. 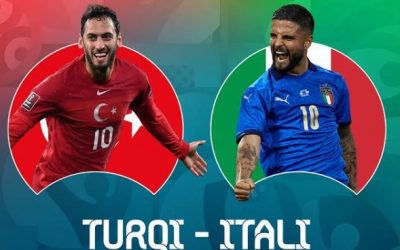