President Ilir Meta ironically responded to the decision of the Assembly to dismiss him from the post of head of state. Meta stated that this parliament was dismissed on April 25 and every step of it is an attempt to divert attention from electoral crimes.

Meta responded to one of the points for which the majority accuses him of involvement in the election campaign by publishing a statement by Prime Minister Rama during the presentation of the candidates who described Meta as the main opposition MP.

This involvement has been denounced in the prosecution institutions, despite the fact that we do not have any information whether anyone has been detained for this illegal action. It is not bothering you or the Albanians. We are not showing here what has been declared against the president. It is clear that the president’s concerns were verified. It would have been nice to have had model choices. But everyone knows that the president has made efforts to stop the degradation of the election standard.

The number of denunciations is many times higher than in 2017. This happened due to the obsolescence of the files of Dibra and Shijak and the attempt to repeat the earthquake. I have no concerns about the act of parliament dismissed on April 25th. I look forward to the verification of the complaints, I will cooperate with the majority and the new opposition for the restoration of the accountability system at all levels “, said Meta. 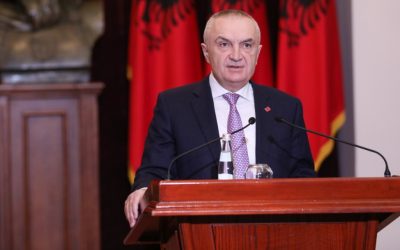