Narrow the Bucks, Jazz win the second as well

The Milwaukee Bucks reopened their play-off accounts as they won 86-83 against the Brooklyn Nets in the third semifinal of the NBA Eastern Conference.

The Nets lead 2-1 against the Bucks with matches. The last challenge was characterized by the numerous mistakes of both teams in attack. Durant scored 30 points and 11 rebounds, also supported by Irving with 22 points, but that was not enough to avoid defeat.

On the other hand, Middleton excelled with 35 points and 15 rebounds and Antetokounmpo with 33 points and 14 rebounds, taking over the burden of this challenge and succeeded.

In the West, the Utah Jazz team won 117-111 against the Clippers and already leads the 2-0 semifinal series. Mitchell scored 37 points, rendering Jackson’s 29 points invalid for friends. 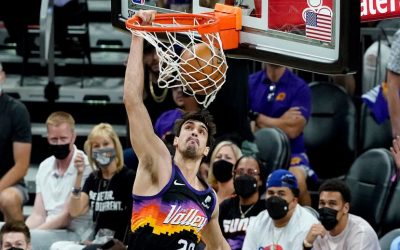