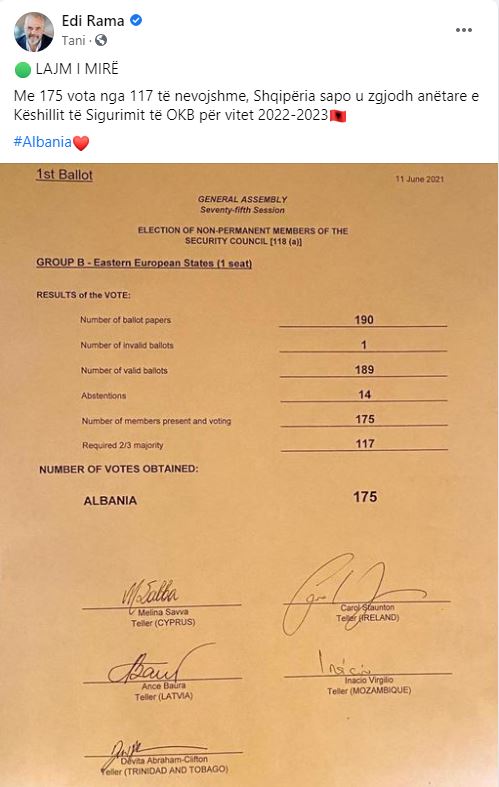 Albania, Brazil, Gabon, Ghana and the United Arab Emirates were in the race, without competitors from the respective regions, for 5 countries. To be elected, each had to secure two-thirds of the votes of UN member states. The vote was secret. Albania is the only country that has never been a member of the Security Council.

Kosovo-Serbia / Vulin Dialogue: Kurti is showing cowardice, he will take a woman to talks