“We are the champions, but we do not make promises for Europe”

“I will play this European Championship as if it were my first. “I have great motivations, just like in 2004.” So says Cristiano Ronaldo about the tournament that his Portugal will start on Tuesday 15 June against Hungary.

Meanwhile, in yesterday’s 4-0 match against Israel, Ronaldo climbed to 104 goals with the Portuguese national team and now he has only 5 goals to reach the record of Iranian Ali Daei, the absolute record holder with 109 goals. 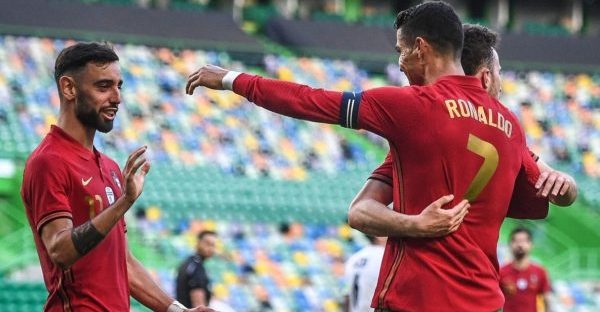 “It is not worth making promises or predictions – adds CR7 during the interview with the Portuguese Football Federation – but we will play every match to win. “We are the reigning champions and we are still among the candidates for the final victory, even if there are many difficult matches and we respect every national team.”