US / 4 people killed with firearms in Kansas City, while 16 people were killed over the weekend

Four people were killed, including two minors, after several gunshots over a 3-hour period in the Kansas City area of ​​the US. 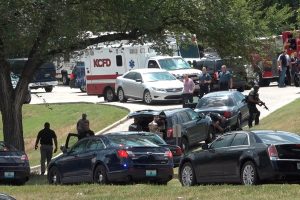 According to US media, the attacks took place on both sides of the Missouri River.

According to reports, it all started around noon when Kansas police responded to a shooting scene and found a 15-year-old boy who had received a gunshot wound but who later died.

About 90 minutes later, police were again notified of several shootings, where they found a dead person.

After 30 minutes, it was reported again to a person who had been shot with a firearm.

A few minutes later another incident occurred, where the victim was a minor.

Last weekend alone, at least 16 people died and more than 40 were injured in multiple shootings across the country.