Vucic complains about selective justice from The Hague

The President of Serbia, Aleksandar Vuçi., Has said that neither Serbia nor the Serbian people have been tried with the life sentence received by the criminal Ratko Mladi nga from the Hague Tribunal. Vuçiç considered the trial of the AAK chairman, Ramush Haradinaj, unfair.

In a speech at a UN Security Council meeting, Vucic called on Serbs to raise their heads.

“Members of other peoples have not been tried, despite the international norms of justice. Serbs were sentenced to a total of 1,138 years in prison and eight life sentences. At the same time, the Hague Tribunal has not tried any Croat for the crimes. “, he declared.

“Prosecutors have deliberately chosen Ante Gotovina, Naser Oric and Ramush Haradinaj. All but Haradinaj have been convicted. But in the second instance with mysterious decisions are released. “All witnesses against Haradinaj were killed or committed suicide.”, he declared.

“I have a message for our people: Keep your head up, neither Serbia nor Serbs are being tried for anything.”, said Vucic, among others. 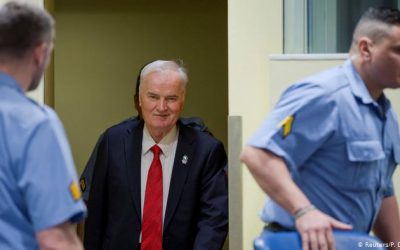