Brazil does not recognize any stops in the qualifiers of the 2022 World Cup. “Seleçao” triumphed 2-0 in the field of Paraguay, starring once again Neymar Junior.

The “star” of PSG scored the first goal in the fourth minute, after the collaboration he had with Gabriel Jesus, while in addition he provided the assist for the goal that closed the match, scored by Paqueta in the third extra minute.

Six wins in six games, 16 goals scored, only two conceded, statistics that make Brazil not only lead in Latin America, but also terrific for any rival.

While Argentina abused the double advantage over Colombia, closing in the 2-2 draw, match played in transfer for Messi with friends. The meeting was unlocked in the third minute by Romero, who deflected his head towards the net a cross by De Paul from a standard kick.

Just five minutes later, Argentina realized the second with Leandro Paredes, who did not make a mistake in front of the goalkeeper. At the beginning of the second half, Otamendi mistakenly intervened against the opponent, causing 11-meters, which was converted into a goal by Luis Muriel.

In the following minutes, goalkeeper David Ospina on several occasions denied the goal to Lautaro Martinez and Lionel Messi, to then come to the moment of the draw by Miguel Borja, in the fourth extra minute, served by Cuadrado.

Argentina, after the first six challenges, ranks second with 12 points, six less than Brazil. In the other two meetings there were no winners. Chile drew 1-1 with Bolivia, while Venezuela-Uruguay ended with untouched nets. 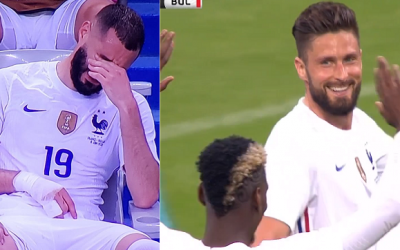