Who is the Republican Zeldin and the connections with Albania?

The US Secretary of State, Antony Blinken, was asked in the Foreign Affairs Committee of the US Congress about the facts on which the “non grata” declaration of the former President of Albania, Sali Berisha, is based.

It was Republican Congressman Lee Zeldin who asked Blinken for specific information about the unexpected decision, according to him, against Berisha. He emphasized that he did his own research, but did not find out in what corrupt affair the Albanian politician could have been involved.

Meanwhile, Blinken has clarified that at the moment he can not share anything with the congressman on this issue, but if he asks for more information, he can appear at the Office of Legislation or the Office of the Spokesperson for Public Affairs.

LEE ZELDIN: You announced sanctions against the former President of Albania Sali Berisha and for many of us this was unexpected. He has been a guest and ally of George W. Bush, also an aggressive opponent of George Soros. As for his political history with the US, what information can you share to justify this dramatic move?

ANTONY BLINKEN: Thank you. We continue to look beyond the borders about those involved in corruption that violate human rights, that challenge the principles of democracy. In this case the process proceeded normally, including my lawyers. I would be happy to share it with you if it would be helpful to know exactly what it is about.

LEE ZELDIN: Is there any specific information you can share with the Commission this time?

ANTONY BLINKEN: First, before we move on to the media, members come to the Office of Legislation and we will make sure you get the information, and second, as far as the media is concerned, come to the Office of the Spokesperson and we we will make sure that in accordance with our obligations, we share the information with you.

LEE ZELDIN: Are you aware of open sources of information that support the allegations that there was corruption in which Berisha was involved?

ANTONY BLINKEN: I’m sure any journalist can ask that question in the press releases we hold every day at DASH to get any information we have available to the public.

LEE ZELDIN: To clarify something about Mr.’s defense. Berisha, I am just trying to understand what is true and what is not, have you or someone on your behalf communicated with Soros?

ANTONY BLINKEN: I do not, I can not speak on behalf of all DASH, but I do not.

WHO IS THE REPUBLICAN LEE ZELDIN AND HIS RELATIONS WITH ALBANIA

Republican Congressman Lee Zeldin has consistently expressed interest in issues related to Albania and Kosovo. In an announcement on his website as a congressman, Zeldin met in 2019 with former acting Minister for Europe and Foreign Affairs Gent Cakaj and Albanian Ambassador Floreta Faber.

The meeting took place on April 2, 2019, Congressman Lee Zeldin, who at that time was a member of the Committee of the Chamber of the Committee for Oversight and Investigation of Foreign Affairs, spoke with Cakaj at the Presidency of Albania in 2020 of the Organization for Security and Cooperation in Europe (OSCE), for the necessary protections for the minority populations of Albania and the establishment of strong bilateral relations between Albania and the United States of America.

But Congressman Lee Zeldin, as part of a bipartisan delegation from the US House of Representatives and Senate, spoke with Serbian President Aleksandar Vucic at the Munich Security Conference in Germany to help bring to justice the killers of the Albanian-American brothers. Bytyqi, who were killed in 1999 after being arrested by Serbian police.

Former Prime Minister and former President of Albania, Sali Berisha, will open a lawsuit where he will sue US Secretary of State Antony Blinken for defamation, after he declared Berisha an “undesirable person” together with his family and was banned entry into the US for “significant involvement in corruption”. At the press conference, Berisha spoke about his “trampled dignity” that forces him to file defamation lawsuits against US Secretary of State Blinken.

He stressed that “categorically this lawsuit is not an act against the US, for which I have the same feelings, but against a man who, without listing any evidence, facts or arguments, has filed charges that no one has ever filed to me, not even the fiercest opponents ”. The Paris Correctional Court is a court of first instance adjudicating criminal cases for offenses classified as minor offenses and committed by adults. 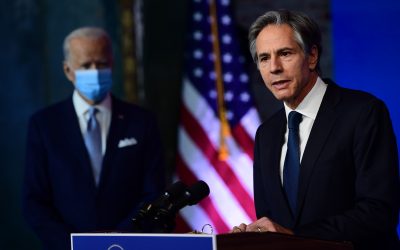