“The future of the region in the EU” / Maas speaks at the meeting of Balkan Foreign Ministers: We need to continue the integration process

In his speech, as the host of this meeting, Minister Maas underlined the necessity to advance the process of EU integration of the Western Balkan countries. 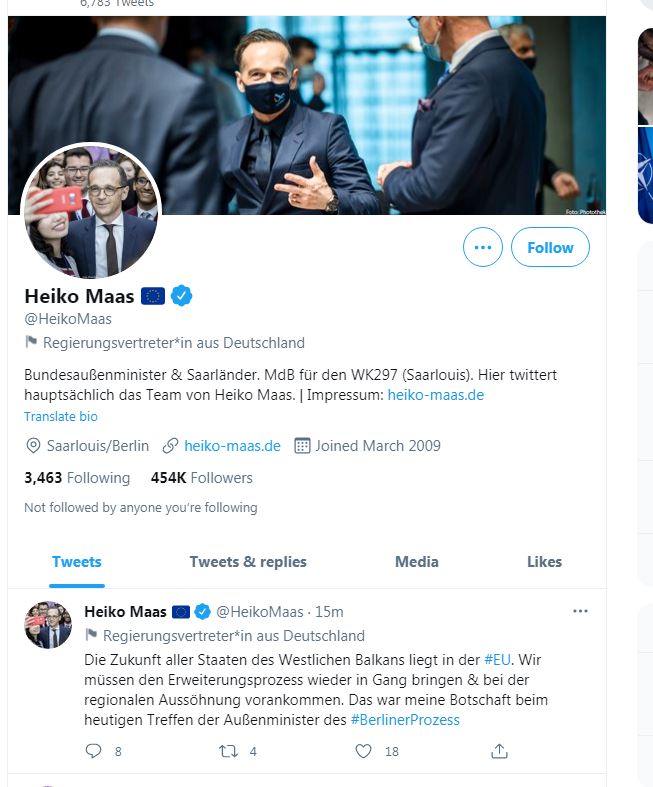 “Northern Macedonia and Albania have made steady progress in justice reform and the fight against corruption and organized crime. With the Prespa Agreement, Skopje and Athens showed political leadership of historical importance. That is why membership talks with Northern Macedonia and Albania should start now. I thank the Portuguese Presidency for taking on this task further – it will have our full support!

Let me be clear: we all know that domestic politics can limit the space for movement for foreign policy. We also realize that certain issues of history and identity are delicate. “But such bilateral issues should not hinder the whole membership process.”

Maas also wrote on Twitter that the future of the Western Balkan states is in the EU.

“The future of all countries in the Western Balkans lies in the #EB. We need to restart the enlargement process and move forward with regional reconciliation. This was my message at today’s meeting of the Foreign Ministers of the Process. “#Berlin”, writes Maas.