Mick Schumacher for teammate: This one is going to kill me!

The Formula 1 race in Baku, Azerbaijan produced many episodes and surprises. Even for the two Haas cars the last meters were dramatic. Mick, the son of legend Michael Schumacher, accuses Russian Nikita Mazepi.

The latter made a very dangerous maneuver against Schumacher, blocking the way for his teammate, who almost collided with the defensive walls. After crossing the finish line, Mick spoke harshly to Mazep, which was heard on the radio:

“What the hell is he doing, he wants to kill us here on the track at all costs.” The one who has intervened and calmed the situation is the sports director of the team, Guenther Steiner: “A strange situation was created, but everything was resolved. “It was a misunderstanding.”

Mick was ranked 13th in this race, his best position this season, which gives Haas the opportunity to leave Williams behind in the overall standings even though both teams have 0 points each. It was a tough race, but it is on such tracks that when incidents occur you can get points by taking advantage of car crashes. 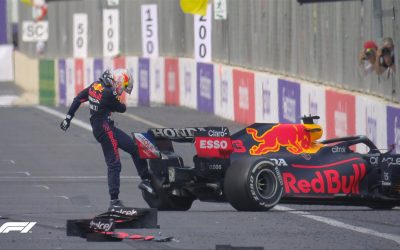