Open letter to the Italian Ambassador!

I read your letter, addressed to the Albanian press, regarding the comparison of Elbasan with Palermo. I also feel guilty for this kind of comparison, because not a few times, writing about Elbasan, not only in the Portal “Konica” that I run, but also in various print or visual media, I have used many times, the terms that you mention.

In principle, the use was not of the template type, or borrowed from parts of our press.

Some time ago, because of a good relationship I had with the lifelong Senator, Julio Andreotti, whom I then invited and to my country, for a jubilee of the newspaper I was running at the time, he told me in a long conversation, something about Palermo, which I am paraphrasing in a simple form. 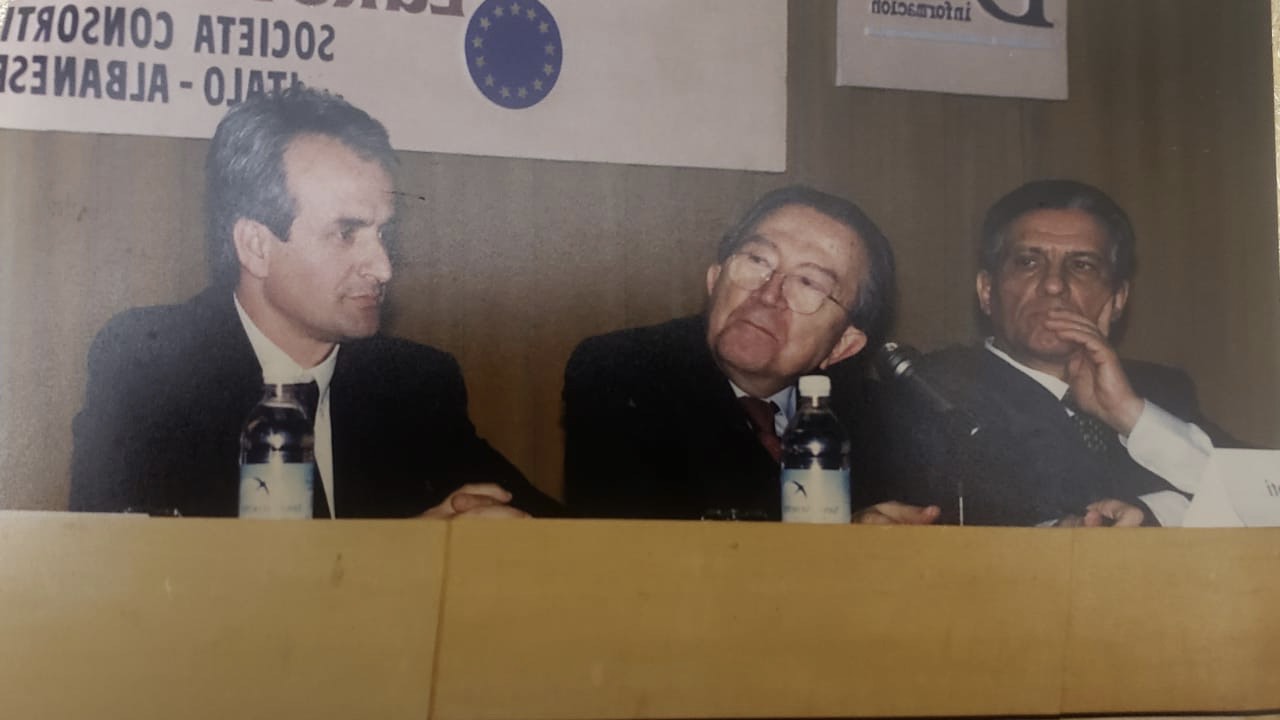 (“On the 5th anniversary of the newspaper ‘Dita’, with the lifelong Senator Giulio Andreotti and the Ambassador of Italy in Tirana”)

“When I was young and an MP in Palermo, I spoke to the people of the area, who had decided to invest in a large electronics factory, which came from a powerful western country. I told them to leave this story, because foreigners would take advantage of the tax-free period and then, they would take the factory and go somewhere else. ” What really happened, leaving Palermo, for a long time, undeveloped and perhaps making it the bearer of phenomena that, surely, already belong to the past, as you say in your letter.

I told them – the Senator continued – to leave this story and take advantage of the Sun, the sea, the olives and the wonderful climate of the area. Only this, could really prosper. They did not listen to me – he sighed – and maybe, we paid for a long time.

Now, this is the story of the past, as you say, in your letter and rightly so. The editor-in-chief of Konica, had the opportunity to see this colossal progress, talking years ago with the Mayor there, which coincidentally was from my old race, as the eternal Senator told me, when he spoke to me with all due respect for a genius of this breed, such as the great banker Enrico Kuca, for whom, when he died, the whole great class, yours, of politics – left and right – called him one of the great architects of modern post-war Italy.

I have mentioned by analogy, Elbasan with Palermo, referring to past facts, but not with a malicious connotation. Elbasan, this typical commercial city for thousands of years, located in the navel of Albania and along that road that, once with your Apian, together with our Egnatian, was the most important road in the world, because among other things, it connected the two most empires great of time, today is in complete misery. So, I mentioned Elbasan, starting from the conversation and advice of the Senator…

I have prayed to my political class, for thirty years in a row, to revitalize this road, otherwise known as Corridor 8. It is an absolute obligation, probably because Elbasan is not only in the center of Albania. But, it would also be on the road that connected the two major ports of Albania with Qafë-Thanë, as the shortest distance, to enter and leave the country. It did not become the worst road even after thirty years, of Albania, it is the one from Rrogozhina to Qafë-Thanë. I have mentioned Elbasan, as I said above, based on the advice of the Eternal Senator who, for me, as far as I understand, is probably one of the finest politicians the world has known in the last century.

Here and years ago, if you visited your Bar, you saw near the train station, hundreds of meters full of pictures and placards talking about this Corridor, as a great development hope for Southern Italy and Albania. Maybe even today, no one wants such a thing anymore. I have never understood even today, the reason and the hatred that exists for not doing this way…

It was Hoxha once, who in Elbasan, built metallurgy by doubling the population, which today is probably, tripled. As a typical small circle, even the trader, as I told you, he could not keep this population growing. Which, in general, remained without property and without education. Basically, Elbasan, as the navel of Albania, is used by analogy, only by those similar types who once made a mess, in Your Palermo.

Of course, the advice of the eternal Senator should have been heard in Elbasan as well… If the situation did not happen, it is really terrible there. Hoxha, who copied the Soviet economy, in a similar way, did as they did initially, in Palermo.

I imagined Elbasan, as I said above… Geographical center of Albania. Center that should have been the heart, not just the 8th Corridor. Our country, which has exports that require only ports and railways, has an absolute obligation to do so and not only because it is the shortest way, from where it enters and leaves, to connect with others. The point where the roads joined, from the two ports and not only as the central dispatcher of the country. Filled with schools of all kinds, etc., she would pass over the phenomena that, sometimes, make other journalists make analogies with Palermo, but that belong to the distant past.

Anyway, I feel guilty and I, from your letter, take the opportunity to apologize, having the humility to ask you to perhaps mention not only the journalists, but also the political class, how to get out of these situations by exploited the excellent position of Elbasan, as well as of Palermo, about which the Eternal Senator once spoke to me. This is a prayer, first of all, for a country that has always loved unequivocally, the absolute protection of my country.

Once again, I apologize and respectfully!

“I cried and prayed, God was watching football when Eriksen fell” – Mourinho talks about the tragic incident of the Dane

Kosovo-Serbia / Vulin Dialogue: Kurti is showing cowardice, he will take a woman to talks