Konjufca: We need Albania’s help for…

The Speaker of the Albanian Parliament Gramoz Ruçi held today a meeting with his counterpart from Kosovo Glauk Konjufca.

In the joint press conference, Konjufca stressed that so far Kosovo and Albania have had only cooperation of “good neighbors”, adding that cooperation should be raised to another level of the two countries that constitute a nation.

Ruçi stressed that Kosovo must maintain its advantage with Belgrade, adding that Tirana recognizes Serbia as a party responsible for Kosovo’s war crimes.

“No words can summarize the great contribution that the Republic of Albania has given to Kosovo. We have common interests and the same since we are a nation, and such I think we should have both politics and articulation of our common interests. I would like to express my special thanks to the Republic of Albania for their extraordinary contribution to the pandemic. With President Ruci we opened several topics, starting with deepening in some areas, such as economics, and cooperation in other areas. If you look at the total corpus that Kosovo has signed with Albania, there are 140, still the space is greater for deepening cooperation. So far we have cooperation of good neighbors, but we think that cooperation should be raised to another level, of the two countries that constitute the same nation. The two most important challenges are facing a difficult dialogue with Serbia, as international partners have defined it as the final stage. We need a deep and close coordination with Albania so that Kosovo is not harmed by such an agreement. For Kosovo, the creation of any ethnicity of Serbia within Kosovo would be detrimental. We are also facing a difficult trial, where some of the most important KLA leaders are on trial in The Hague. We must also coordinate in this dimension to overcome this challenge with the least possible damage “, tha Konjufca.

Meanwhile, Gramoz Ruçi considered encouraging the support of US President Biden, who spoke for mutual recognition of Kosovo-Serbia.

“I am encouraged by the support of the new US administration and President Biden, who has spoken out for a comprehensive agreement focused on mutual recognition. For us, the fact that both the US and the EU have no differences in their position on the Kosovo-Serbia dialogue is very promising, as evidenced by the visit of Palmer and Lajcak. Kosovo has all the reasons and opportunities to be a more reliable partner than Serbia with the US and the EU. Without the EU and the US, everything is more difficult and dangerous for Kosovo. Albania appreciates the dignified attitude of the former heads of Kosovo institutions and the willingness to face justice. We appreciate the position of the Assembly of Kosovo, of the president, to have a much more unified position in the dialogue with Serbia. In our position as Albania, it is Serbia that has committed war crimes and has not cooperated with the International Court of Justice in The Hague and that today glorifies its criminals. We believe that time is working for Kosovo because Kosovo is on the right side of history and we will not stop working for them. “, said Ruçi. 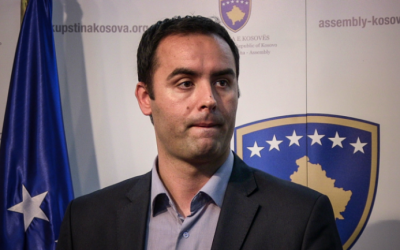