Killed by her brother, the 58-year-old came on holiday from Germany

Diana Vukaj, The 58-year-old woman who was executed with a firearm by her brother in her apartment in Shkodra had come from Cologne, Germany on June 4.

Sources suggest that the serious event in Shkodra was discovered by a phone call in the operating room of the police, which after the search found the 58-year-old woman killed with a silencer in her bedroom.

Vukaj reportedly lived in Germany for 25 years and constantly helped his brother who had problems with alcohol and gambling.

After returning from Germany she stopped to stay at her home in Shkodra and in a few days would leave for her vacation home in Velipoja.

She took a woman to clean and tidy the apartment in Shkodra. The latter called her several times during Saturday and Sunday but the 58-year-old did not answer. The lady then communicated with a friend of the victim and then at 22:30 on Sunday called the operating room.

Diana Vukaj was found murdered in the apartment while her brother was caught on the street of the neighborhood. From the inspection of the scene, a firearm type pistol with silencer was found, which is suspected to have been used in committing a serious crime. 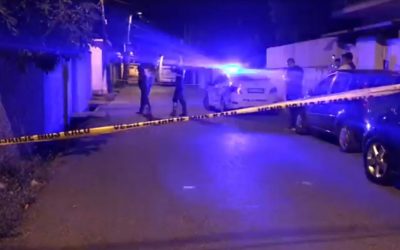